“We thank Ken for his many years of service to Caterpillar and its customers. We wish him well in his new endeavors,” said Bob De Lange, Caterpillar group president of Construction Industries.

A replacement for Hoefling will be named in the near future.

Hoefling began his Caterpillar career as an engineer in 1990. He had additional engineering roles in France and the United States before advancing to marketing roles with increasing responsibility, and serving as a facility manager in Shanghai, China. Hoefling became general manager in the Reman Components Division in 2007. In 2013, he was named general manager of steel products in the Remanufacturing Components and Work Tools Division. Since 2015, he has led BCP, a global organization responsible for designing, manufacturing and supporting Caterpillar’s line of small, versatile construction equipment and work tools.

About Caterpillar
For more than 90 years, Caterpillar Inc. has been making sustainable progress possible and driving positive change on every continent. Customers turn to Caterpillar to help them develop infrastructure, energy and natural resource assets. With 2017 sales and revenues of $45.462 billion, Caterpillar is the world’s leading manufacturer of construction and mining equipment, diesel and natural gas engines, industrial gas turbines and diesel-electric locomotives. The company principally operates through its three primary segments - Construction Industries, Resource Industries and Energy & Transportation - and also provides financing and related services through its Financial Products segment. For more information, visit caterpillar.com. To connect with us on social media, visit caterpillar.com/social-media. 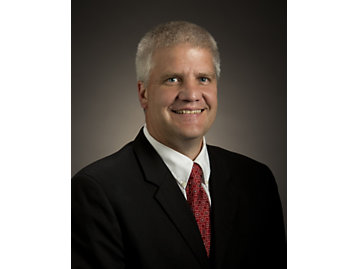