The first Caterpillar wheel tractor-scraper, called the Caterpillar DW21, was manufactured for heavy construction contractors. It was Caterpillar’s answer to the LeTourneau “Tournapull,” the first-of-its-kind self-propelled scraper made in Peoria, Illinois, by former Caterpillar supplier, Robert LeTourneau.

The Caterpillar machine, unveiled at CONEXPO in Chicago in 1948, didn’t become available until September 1950. The rubber-tired, self-propelled scraper was the result of five years of intensive research and offered heavy construction contractors a complete equipment package to meet needs in each zone of operations.

The DW21 was a single axle, two-wheeled machine, as opposed to the conventional four-wheel design. A four-wheeled version – the DW20 – was also offered. Although it stayed in Caterpillar’s product lineup for many years, the DW20 was phased out, succumbing to the popularity of the DW21. The two-wheeled version is essentially the machine we sell today.

During development, the DW21 was tested at high speeds. While hauling loads of shale overburden in Barnsley, England, with British contractors, dealers and government officials standing by, the machine completed a 500-yard cycle in less than 12 minutes, mastering a 1 in 8 gradient.

In 1960, the DW21 model was discontinued. By then, Caterpillar was established as a market leader in self-propelled scraper manufacturing and began producing new Cat® 600 series models. It was only then that the machines were officially referred to as wheel tractor-scrapers.

The Caterpillar DW21 worked on construction of the Sasamua Dam. Completed in 1956, the structure provided a water source for Nairobi, Kenya. Today, the dam supplies water to more than 10% of Nairobi’s population.

Part of a fleet of more than 3,000 Cat machines, the DW21 helped build the St. Lawrence Seaway – a  series of locks, canals and channels that permits oceangoing vessels to travel from the Atlantic Ocean to the Great Lakes. Construction on the dam began in the mid-1950’s and the seaway was open to traffic in 1959. Since that time, Cat equipment has been used to make many improvements and the infrastructure remains relevant today.

Of the seaway construction and improvement projects, former Caterpillar President and Chairman Harmon Eberhard once said, “You could easily see the need for the kind of quality that we build into our machines. Wherever the jobs were the toughest, that’s where contractors were using Cat equipment.” 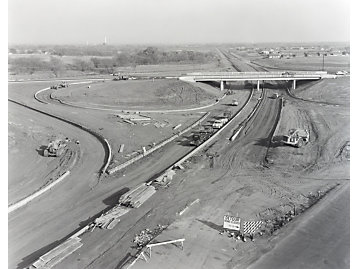 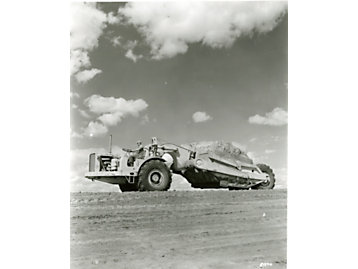 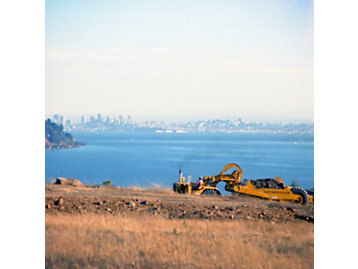 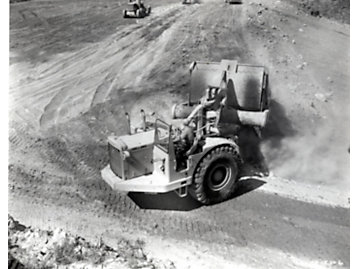