“Since she assumed the interim role in February, Suzette has demonstrated outstanding leadership while also establishing herself as a trusted advisor and counselor to myself and other senior executives. She is an excellent addition to Caterpillar’s Executive Office,” said Caterpillar CEO Jim Umpleby.

Long brings nearly 18 years of legal experience to the position, including nearly 12 years of leadership in various Caterpillar legal roles. In her role as general counsel and corporate secretary, Long will be a member of Caterpillar’s Executive Office and will report directly to Umpleby. She will assume her new role effective immediately.

Long has bachelor's and law degrees from Arizona State University and a master’s degree from the University of Arizona. She has also completed Caterpillar's Executive Leadership Program through Stanford's Graduate School of Business.

About Caterpillar
For more than 90 years, Caterpillar Inc. has been making sustainable progress possible and driving positive change on every continent. Customers turn to Caterpillar to help them develop infrastructure, energy and natural resource assets. With 2016 sales and revenues of $38.537 billion, Caterpillar is the world’s leading manufacturer of construction and mining equipment, diesel and natural gas engines, industrial gas turbines and diesel-electric locomotives. The company principally operates through its three product segments - Construction Industries, Resource Industries and Energy & Transportation - and also provides financing and related services through its Financial Products segment. For more information, visit caterpillar.com. To connect with us on social media, visit caterpillar.com/social-media. 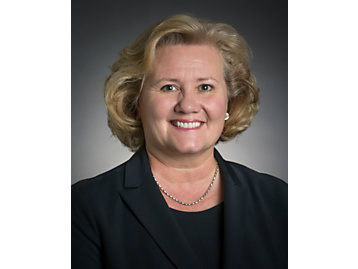