PEORIA, Ill.—Following the previous announcement of changes and appointments in Caterpillar’s Executive Office, and due to the retirement of two long-serving vice presidents, Caterpillar Inc. (NYSE: CAT) announced today its Board of Directors has appointed three new vice presidents.

After more than 38 years with Caterpillar, Kent Adams, 62, president and Chief Executive Officer of Caterpillar Financial Services Corporation and Caterpillar vice president of the Financial Products Division, has elected to retire.

“Under Kent’s guidance since 2005, Cat Financial has been a stable source of earnings through challenging business cycles, including the global financial crisis,” said Jim Umpleby, Caterpillar CEO-elect. “Kent leaves a lasting legacy for Caterpillar through his relentless focus on improving the customer experience as well as developing and nurturing a people-focused culture for employees working for Cat Financial.”

Adams joined Caterpillar in 1979 and performed various finance functions in positions of increasing leadership at Caterpillar Americas Co., the North American Commercial Division, Caterpillar Asia Pte. Ltd. and Caterpillar Brasil Ltda. before joining Cat Financial in Nashville, Tennessee, in 1998 as vice president responsible for European operations and marine vessel finance. He was a member of the Equipment Leasing and Finance Association Board of Directors, the Financial Services Roundtable, the Nashville branch of the Federal Reserve Board of Atlanta, the Nashville Area Chamber of Commerce and the Board of the United Way of Metropolitan Nashville.

After more than 35 years with the company, Mike DeWalt, 59, vice president of the Finance Services Division, has elected to retire.

“For more than 10 years, Mike has been the trusted face and voice of Caterpillar for the investment community, leading our Investor Relations group with a steady hand and a deep knowledge of every part of the company’s global operations and the markets we serve,” Umpleby said. “Mike has provided effective leadership for a number of financial activities, including Corporate Treasury, Economics, Business Risk Management, Competitive Analysis, Strategic Planning and Strategic Investments,” Umpleby added.

DeWalt joined Caterpillar in 1981 as an accountant and progressed to a series of positions with increasing responsibilities in accounting and finance areas. From 1996–2001, DeWalt was the senior finance leader for F.G. Wilson in Northern Ireland and Perkins Engine Company in Peterborough, U.K. – both wholly owned subsidiaries of Caterpillar. Following those assignments, he was named director of Strategic Investments, leading Caterpillar’s corporate mergers and acquisitions group, and was the director of Investor Relations from 2005–2012. In 2012, DeWalt became the corporate controller, and in 2013, he was appointed vice president of the Strategic Services Division.

The company’s Board of Directors has appointed Joe Creed, 41, to replace DeWalt as vice president of the Finance Services Division. Creed is currently chief financial officer for Energy & Transportation.

“Joe brings deep expertise in the areas of financial reporting and accounting to this role,” Umpleby said. “Over the course of his nearly 20 years with Caterpillar, Joe has held leadership positions in accounting and finance with increasing levels of responsibility at the corporate level, as well as with business units in both our engine and machine businesses,” Umpleby added.

Creed has a bachelor’s degree in accounting from Western Illinois University. He will assume his new duties January 1, 2017.

Following the previous announcement that Bob De Lange will become group president of Construction Industries, Caterpillar’s Board of Directors has appointed Zack Kauk, 49, vice president of the Excavation Division.

Kauk is a 27-year veteran of Caterpillar, and during his career has held multiple leadership positions in engineering and product management roles in Europe, Asia and the United States. He is currently worldwide product manager for medium excavators and is based in Singapore.

“Zack and his team have delivered innovative solutions to enable our customers to maximize productivity. He brings an extensive global product management and engineering background to his new role as the leader of the Excavation Division,” Umpleby said.

Kauk has a bachelor's degree in electrical engineering from the University of Kansas and an MBA from Bradley University. He will assume his new duties January 1, 2017.

The company’s Board of Directors has appointed Dave Walton, 54, to replace Adams as president and CEO of Caterpillar Financial Services Corporation and Caterpillar vice president of the Financial Products Division.

“During his career, Dave has held leadership positions with Cat Financial serving customers across Europe, Asia and the Americas, giving him the broad global perspective required to lead the Financial Products Division. Dave has become known for his dedication to helping our customers succeed,” Umpleby said.

Walton has a bachelor's degree in accounting from Indiana University and an MBA from Keller Graduate School in Chicago. He has served on the Asia Pacific Board of Directors for Junior Achievement International. He will assume his new duties April 1, 2017, and will relocate to the Financial Products Division headquarters in Nashville, Tennessee.

The Board of Directors has appointed Jill Daugherty, 46, currently Caterpillar’s corporate controller, as chief audit officer. In this role, Daugherty will work with the Board Audit Committee and Caterpillar Executive Office to ensure a strong internal control environment. Daugherty joined Caterpillar as an intern in 1990. She has held a series of positions with increasing responsibility in accounting and business support, including senior roles in Asia, Europe and the United States.

Daugherty has a bachelor’s degree in accounting from Purdue University and an MBA from Indiana Wesleyan University. She is a certified public accountant. Daugherty will assume her new position January 1, 2017. The current chief audit officer, Kim Doe, will assume a leadership role within Resource Industries.

Following the announcement that Jill Daugherty has been appointed chief audit officer, Caterpillar’s Board of Directors has appointed Kyle Epley, 44, currently chief financial officer for Customer & Dealer Support, as corporate controller. In this role, Epley will have responsibility for business analysis, competitive analysis, economics, strategic planning and operating & execution model governance. Epley joined Caterpillar in 1996 and held a series of positions with growing responsibilities in accounting and finance. Epley has a bachelor’s degree in accounting from Bradley University and is a certified public accountant. He will assume his new position January 1, 2017. 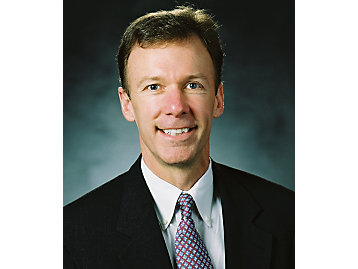 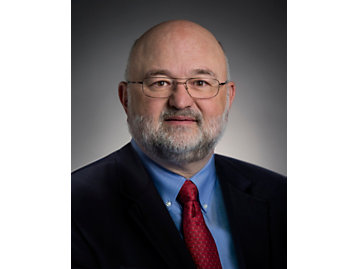 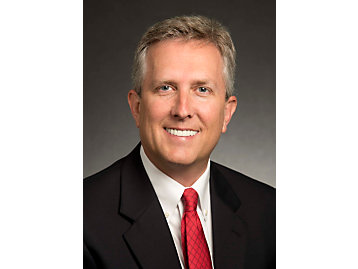