“Jim has been a trusted advisor to countless leaders at Caterpillar, not the least of which is four CEOs, including myself,” said Caterpillar Chairman Doug Oberhelman. “Not only does he lead a world-class, diverse legal team, but he also designed and built a strategic organization that looks seamlessly at the company’s influential policy, communications and governmental affairs initiatives on a worldwide basis. I have considered him a close colleague and count him and his wife, Susan, among my dear friends. I wish him only the best in his well-deserved retirement.”

Buda has been awarded numerous national awards from a variety of law and public policy organizations, including various organizations naming him “General Counsel of the Year” multiple times. He also won the “Legends in Law” honor by the Burton Awards in association with the Library of Congress. His organization has also received several national awards for its pro bono program and was nationally recognized for diversity and inclusion. Buda will be recognized in March 2017 by the National Association of Women Lawyers for his ongoing commitment to recruiting and developing women attorneys and legal leaders.

“Jim has built a strong foundation for our critical legal and public policy work,” said Caterpillar CEO Jim Umpleby. “But perhaps his greatest passion and legacy is sharing his and his team’s talents through pro bono legal work in communities throughout the world – assisting those who could use a guiding hand. I wish him and his family a happy and healthy retirement.”

Buda joined Caterpillar in 1987 after 13 years serving clients in both private and corporate practice. He filled a number of senior corporate attorney positions and was named Associate General Counsel for Litigation in 1996. In 1998, Buda assumed the position of Associate General Counsel for the Legal Services Division in the United Kingdom before becoming the company’s General Counsel in 2001. He became the company’s Senior Vice President in 2010 and ascended to his current position as Executive Vice President of Law and Public Policy in 2012. Buda is a member of numerous legal associations including the American Bar Association, Association of General Counsels and the Board of Directors of the Institute for Legal Reform of the United States Chamber of Commerce. 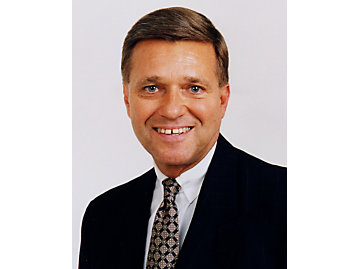