After 37 years of service to the company, Paolo Fellin, Caterpillar vice president of the Global Construction & Infrastructure (GCI) Division, has elected to retire.

“Over his long career, Paolo has built an unrivaled reputation for his passion and devotion to finding solutions for our customers,” said Jim Umpleby, Caterpillar CEO. “His leadership has played a critical role as Caterpillar has improved its market position for worldwide machine sales in the last several years.”

Fellin joined Caterpillar in 1980 in Geneva, Switzerland. Over the next several years, Fellin held a series of sales and marketing positions throughout Europe, Africa & Middle East (EAME). In 1992, Fellin moved to products and operations becoming product manager for small excavators (France). In 1996, he was named product manager for wheel loaders (Belgium). In 2003, Fellin was appointed industry manager for Caterpillar's North American Commercial Division (NACD). In 2004, the Caterpillar board of directors named him vice president of EAME, including CIS, Marketing Division, and in 2009, he was named vice president of EAME Distribution Services. In 2013, Fellin became vice president for GCI. His retirement is effective August 1, 2017.

After 22 years of service to the company, and 11 years of practicing law prior to joining Caterpillar, Greg Folley, Caterpillar vice president of the Industry Solutions, Components & Distribution Division (ISCD), has elected to retire.

“Greg began his career with Caterpillar in the Human Services Division, and while he’s held a range of leadership and executive positions focused on remanufacturing, component production and distribution during his career, his focus on people along with his positive attitude and leadership style are the hallmarks of his career,” Umpleby said.

Following an 11-year career outside of Caterpillar, Folley joined Caterpillar in 1995, and held numerous positions in the Human Services Division, including senior labor relations consultant, human resources manager, corporate labor relations manager, U.K. HR Shared Services director and director of Compensation + Benefits. In 2008, the Caterpillar board of directors named Folley vice president of the Core Components Division. He then served as the chief HR officer from 2009-11, and as vice president of the Remanufacturing, Components & Work Tools Division from 2011-15. In 2016, Folley was named vice president of ISCD. His retirement is effective August 1, 2017.

After 19 years of service to the company, and with more than 15 years of business experience prior to joining Caterpillar, George Taylor, vice president of the Marketing & Digital Division, has elected to retire.

“George has played a significant role in leading Caterpillar’s initiatives utilizing data analytics, innovation, digital channels and techniques to unlock competitive advantages for our customers,” Umpleby said. “George has laid a solid groundwork in this area as Caterpillar continues to develop digital solutions and products for our customers.”

Taylor joined Caterpillar in 1998 as a strategic business planning services manager. Taylor held numerous marketing, product support and general management positions before he was named the director and general manager of the global on-highway truck group in 2006. In 2015, the Caterpillar board of directors appointed Taylor as vice president of the Customer Services Support Division, and, later, as vice president of the Marketing & Digital Division.

Before joining Caterpillar, Taylor had extensive external experience with IBM. He began in 1984 as a systems engineer and held several managerial positions before becoming a client executive in 1994. Taylor’s retirement is effective August 1, 2017.

Following the above announced retirements, and taking into account the company’s previously announced plan to review and update its strategy with the establishment of a Strategic Planning Committee (SPC), Caterpillar is also announcing organizational changes that will result in the creation of two new divisions. The company is forming these new divisions to drive greater efficiencies and effectiveness in support of its customers.

Caterpillar’s board of directors has appointed Chris Snodgrass, currently general manager for Caterpillar’s Industrial Power Systems Division (IPSD), to the position of vice president of the newly created Product Support & Logistics Division (PSLD). This division will combine groups currently located in other Caterpillar divisions to drive collaboration and implement strategic initiatives under the leadership of Snodgrass. PSLD will include design and manufacturing of wear and maintenance component products, as well as support of prime product and parts distribution, inbound and outbound logistics, warehousing functions, and packaging and container management.

Snodgrass joined Caterpillar in 2013 following a successful 20-year career that included senior and executive leadership positions with commercial vehicle and industrial components manufacturer Meritor, and with Daimler AG, including roles in the Mercedes Benz truck division in Europe, Freightliner Trucks in North America, and with engine manufacturer Detroit Diesel Corporation.

“Since joining Caterpillar, Chris has quickly demonstrated an ability to deliver results;  as general manager for IPSD, he’s played a significant role reducing material costs and driven substantial process improvements and results for the division’s sales and marketing functions,” Umpleby said. “His significant outside experience and perspective combined with his sharp focus on customers make him ideally suited for this role.”

Snodgrass has a bachelor’s degree in management and organizational leadership from Concordia University. He will report to Rob Charter, group president of Customer & Dealer Support. Snodgrass will assume his new duties effective July 1, 2017.

“We recognize the need to bring these groups into an organization that will bring enhanced focus and strategic alignment to the existing and yet-to-be developed digital enablers for our products and customers,” Umpleby said.

Caterpillar will immediately begin an external search for an executive to lead the new division, which will report to Charter. In addition, as part of the reorganization, Caterpillar’s marketing and brand organization will become part of the existing Global Aftermarket Solutions Division led by Vice President Nigel Lewis.

Caterpillar’s board of directors has appointed Damien Giraud, currently worldwide product manager for Caterpillar’s large excavators, as the vice president of GCI.

Giraud joined Caterpillar in 1998, following a seven-year career with Colas Group, a French civil engineering and construction firm. During his nearly 20 years with Caterpillar, Giraud has held a number of marketing and product management roles with an increasing level of responsibility. A native of France who speaks four languages, Giraud has worked in Europe, Africa, Asia and North America.

“Damien brings an exceptional focus on our customers to this position,” Umpleby said. “That customer focus combined with his global work experience, deep industry knowledge and his strong and transparent communication skills make him ideally suited for this position.”

Giraud has a bachelor’s degree in engineering from Ecole Des Mines, Saint Etienne, France and a master’s degree from the International Institute for Management Development in Lausanne, Switzerland. Giraud will be based in Geneva, Switzerland and will assume his new duties effective August 1, 2017.

Damien Giraud is appointed to the position of vice president of Global Construction and Infrastructure Division effective August 1, 2017. 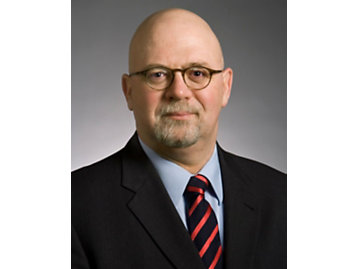 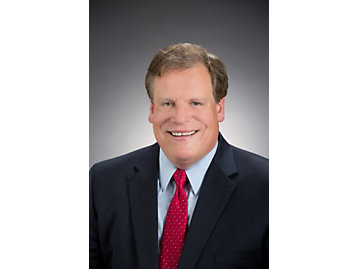 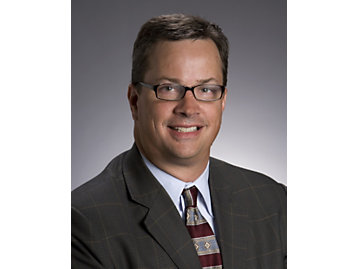 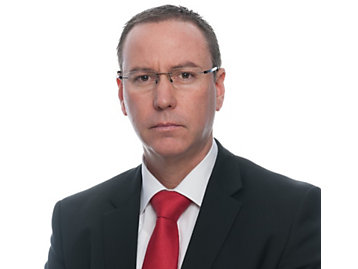 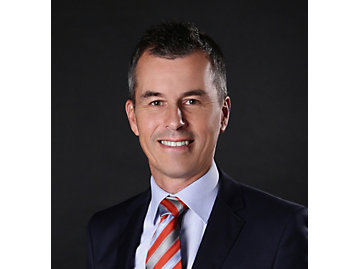