A Picture Is Worth One Thousand Memories

Sherry Laible-White knew her 88-year-old mother Virginia had Alzheimer’s disease. What she didn’t know was an old black and white photo would spark a revival in her mother’s memory that had been impaired by her illness.

In 1947, Caterpillar recruited Virginia Tiezzi to play softball and basketball for the Dieselettes. During that time, a common practice was to recruit people to play for Caterpillar based on their athletic skill level and offer them employment. When she wasn’t leading the team on the diamond or the court, Virginia was working in the Caterpillar mail room. The Dieselettes softball team was a huge success in Peoria – winning championships for Caterpillar and entertaining crowds reaching up to 5,000 people.

As a humble and modest woman, Virginia did not normally share a great amount of her successes with her children. Her recent diagnosis made many forms of communication increasingly difficult. Understanding she would not get much information from her mother, Sherry reached out to the Caterpillar Heritage Services in the hopes of finding more information about her family’s history with Caterpillar. After seeing a few photos of her mother during her time playing for the Dieselettes, Sherry was in awe of the pictures that showed the joy and excitement that lit up her mother’s 20-year-old face.

Sherry visited her mother in a local nursing home, eager to show her the images. Not thinking anything of it, Sherry was shocked when Virginia’s face immediately lit up, as she started to recall the names of her teammates and the special memories they shared as part of the Caterpillar Dieselettes. The black and white photo made all the difference in the world. It miraculously struck a chord with Virginia’s memory, and Sherry was extremely thankful for the opportunity to reminisce with her mother. Sherry gratefully acknowledged Caterpillar saying, “You have no idea what it means to have a piece of history for the Caterpillar Dieselettes. I am thankful for everything Caterpillar did for us.”

Sherry currently resides in central Illinois with her husband.  They are the proud parents and grandparents of a son and two grandchildren. As Sherry recalled, “Sometimes I will be watching my grandkids play ball, and I see my mother’s athletic abilities passed down through the generations.”

Sherry works in downtown Peoria, where she has a nice view of Caterpillar through her office window.  After learning of her mother’s experiences with the Dieselettes, this view of the Caterpillar Headquarters gives Sherry a special reminder of this company that gave her family the opportunity to live out the American Dream.

The Dieselettes’ amazing story will be featured in an exhibit opening April 13 at the Caterpillar Visitors Center. 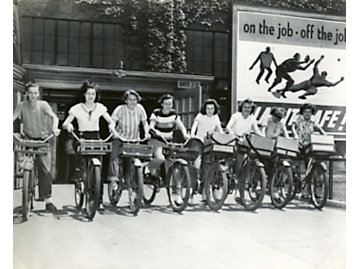 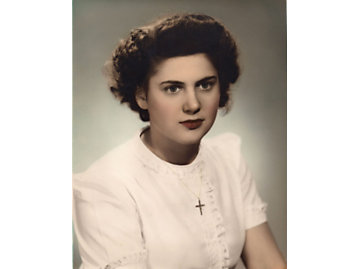 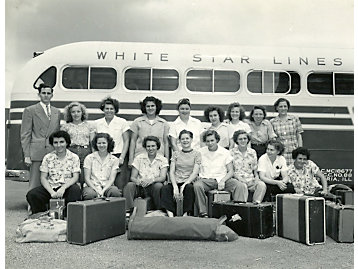