Uncle Ben and His Little Shop of Invention

Benjamin Holt was an interesting character who was fascinated by the innovative machines of his day. He rode on new inventions of his times, such as the automobile, airplane and even the Zeppelin. Holt, an inventor himself, owned over 45 different patents. His greatest invention was the first commercially successfully track-type tractor, which is still part of Caterpillar’s product line today.

Everyone in Stockton, California, always knew him by the name "Uncle Ben." He would spend a good part of his day in his little shop of invention, and then in the afternoon he would go into town and sit and talk with some of his friends.

Benjamin Holt did his inventing in a little shop across from the Office Building in Stockton. The shop had some machine tools, a pattern shop and half a dozen people who worked solely for him. It allowed him to do whatever he wanted in the way of exploring engineering ideas he thought would be helpful and constructive.

He spent a great deal of his time – especially in his later years – working the shop. It was in the shop that many design models of track-type tractors were conceived and built. And they were built just the way Benjamin Holt and his good friends, Henry Preble and E. J. Patterson, thought they should be built.

Ben had a unique way of inventing – he did not work with Engineering. He pretty much worked alone on the things that he did, and he never bothered to make complete design layouts or detailed drawings. He told his pattern makers and machinists just how he wanted things made and very seldom, if ever, made any drawings. The only drawings were sketches that were provided to the pattern maker to make the original pattern to get castings from. He was kind of the old style engineer, who worked from an idea in his head, which he conveyed to people who worked directly for him, having no other responsibility for anything else at the plant. The ideas would later take the form of a drawing.

Uncle Ben may be considered a bit “old school,” but his love of innovation is present in Caterpillar’s engineers today. His legacy of ground breaking innovation can be seen today in Cat® D7E, ACERT™ Technology, Tier 4 Final Solution and Cat 336E H. If he could see Caterpillar today, he would be proud.

Ben Holt's love for modern technology was a driver of his desire to invent.

Example of a drawing as the result of direction from Ben Holt.

1918 - A member of the British army, General E.D. Swinton, visited Ben Holt in Stockton after WWI.

c. 1927 - This commemorative plaque was placed outside Holt's workshop in Stockton, Ca. Holt passed on December 5, 1920. 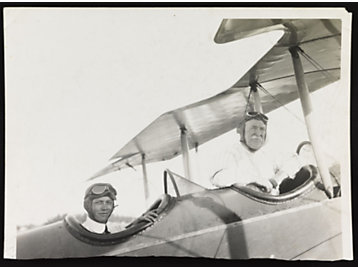 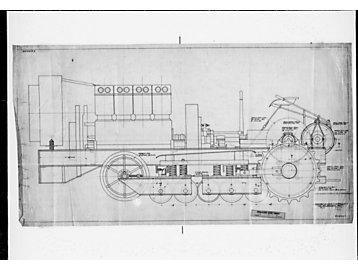 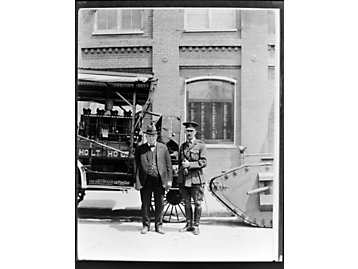 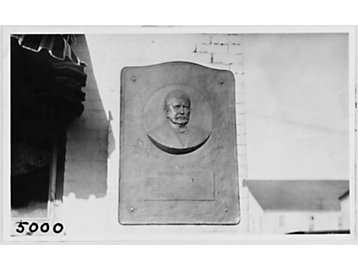