Philip Kelliher is a vice president of Caterpillar Inc. with responsibility for Americas Distribution, Service & Marketing, providing governance and administration of Cat® dealers in North America and Latin America, as well as leadership of the Global Service and Global Marketing & Brand functions for the enterprise.

Since joining Caterpillar in 1994, he has held numerous marketing and managerial positions with multiple international assignments. Kelliher began his career in Australia, with assignments focused on Agricultural, Construction and Mining industries in both Sydney and Melbourne. In 2000, Kelliher was part of the formation of the Global Mining Division where he led negotiations with BHP Billiton and formed our first alliance agreement.

In 2005 he moved to Latin America for six years in the roles of district manager in Santiago, Chile, then as Latin America mining manager based in Miami, FL.

With the acquisition of Bucyrus, Kelliher moved to Milwaukee, WI, and over the next four years led the divestiture of Bucyrus distribution businesses, was mining general manager for North America, and then hauling & extraction product director. In 2015, the Caterpillar Board of Directors named Kelliher vice president of the Americas Distribution Services Division, which then expanded to Americas & Europe Distribution for three years, giving him added responsibility for the Europe region dealer network.

Kelliher, a native of Australia, graduated with honors from the University of Melbourne in 1994 with a Bachelor’s degree in Environmental Engineering.

He is a board member of the Association of Equipment Manufacturers and a trustee of the Pan American Development Foundation. 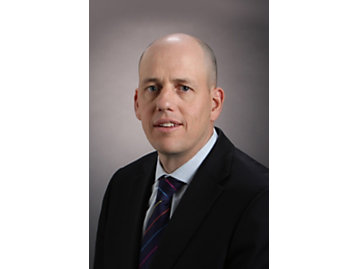