D. James (Jim) Umpleby III is Chairman of the Board of Directors and Chief Executive Officer of Caterpillar Inc.

As Chairman and CEO, Jim leads a team of about 107,700 employees in 63 countries. He launched the company’s strategy for profitable growth and is overseeing its successful execution. The strategy’s areas of focus are operational excellence, expanded offerings, services and sustainability, which build on what Caterpillar has done since its founding in 1925 – drive positive change on every continent.

With 2021 revenues of $51 billion, the Irving, Texas-based company is the world’s leading manufacturer of construction and mining equipment, off-highway diesel and natural gas engines, industrial gas turbines and diesel-electric locomotives. Whether our customers are building the world’s infrastructure, mining essential commodities, or extracting the fuels to satisfy global energy demand, Caterpillar helps them build a better, more sustainable world.

Jim graduated from the Rose-Hulman Institute of Technology with a Bachelor of Science degree in mechanical engineering. He has completed an executive leadership program at the International Institute for Management Development in Lausanne, Switzerland. He serves on the board of the Chevron Corporation, the US-India Strategic Partnership Forum, the US-China Business Council and the Peterson Institute for International Economics. Jim is a trustee of Rose-Hulman Institute of Technology, and he is a member of Business Roundtable, The Business Council and the National Petroleum Council. 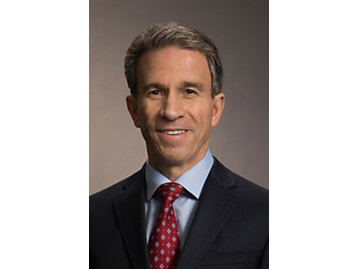