Dave joined Cat Financial in 1989 after four years with an Illinois bank. During his first ten years with the company, he held various credit, portfolio management, and sales positions in the United States. He became Corporate Portfolio Manager in 1999, where he was responsible for managing the corporate finance portfolio through policy, reporting and analysis. In 2001, he was named U.S. Southern Region Manager in Dallas, responsible for field operations from Texas to Florida. In 2003, Dave served as Managing Director of Northern Europe. Based in the UK, he was responsible for Cat Financial's operations in the UK, Ireland, Nordic countries and the Netherlands.

From 2005 to 2011, Dave was Cat Financial Vice President based in Singapore with administrative responsibility for Cat Financial’s nine Asia-Pacific offices, including Singapore, Japan, China and Australia. In 2006, he was also asked to form and lead Cat Financial’s global mining finance organization, Cat Mining Finance, which has equipment and project finance offices in Zurich, Melbourne and Nashville.  From 2012 to 2017, he was based in Peoria, Illinois, with responsibility for U.S. Sales, Canada Sales and Operations, Corporate Accounts and the Cat Financial Commercial Account product, while retaining his previous mining responsibilities.

Dave holds a bachelor's degree in Accounting from Indiana University and an MBA from Keller Graduate School in Chicago. He serves on the boards of the United Way of Metropolitan Nashville, Nashville Chamber of Commerce, FM Global and the Equipment Leasing & Finance Association (ELFA). 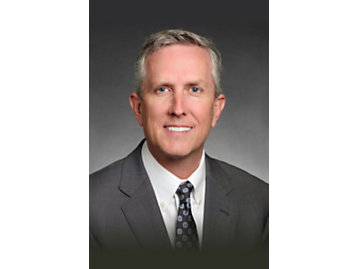