Giraud joined Caterpillar in 1998, following a seven-year career with Colas Group, a French civil engineering and construction firm. During his 20 years with Caterpillar, he has held a series of marketing and product management roles. In 2017, the Caterpillar Board of Directors appointed Giraud vice president of Global Construction & Infrastructure. In 2019, Giraud became Global Aftermarket Services Division vice president which supported the aftermarket for Cat® customers in Resource Industries, Energy & Transportation, and Construction Industries through sales and marketing. In 2020, CISD was formed under Giraud’s leadership to accelerate services growth in the Construction Industries segment, which is the largest area of opportunity for reaching our enterprise services growth goals.

Giraud has a bachelor’s degree in engineering from Ecole Des Mines, Saint Etienne, France and a master’s degree from the International Institute for Management Development (IMD) in Lausanne, Switzerland. A native of France who speaks four languages, he has worked in Europe, Africa, Asia and North America, and is currently based in Chicago, IL. 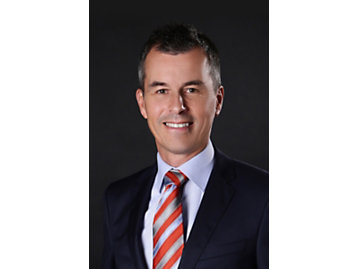