Caterpillar was up for the challenge.

Ten of the first 25 Caterpillar Diesel Sixty Tractors built in 1931 and 1932 worked on the King Albert Canal – an approximately 80 mile stretch from Antwerp to Liege, Belgium. During a nine year stretch – from 1930-1939 – Caterpillar tractors worked day after day on the project.

When completed, the canal cut travel time by water from seven days to 18 hours. 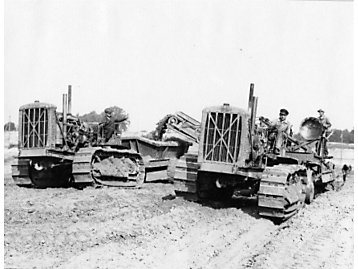