The History of the Caterpillar Men's Softball Team

In 1936, Caterpillar formed a men’s softball team – the Caterpillar Diesels. Any employee could try out for the team, but players had to provide their own glove and shoes. That team brought home the Illinois State Softball Championship trophy its very first season.

By the 1944 season, the Diesels had earned seven state softball championship trophies in eight years. They also won several regional tournaments and played in the national championships.

In 1947, the Diesels became one of the teams in the major league of softball – the National Softball League.

The last season for the Caterpillar Diesels softball team was the summer of 1955. 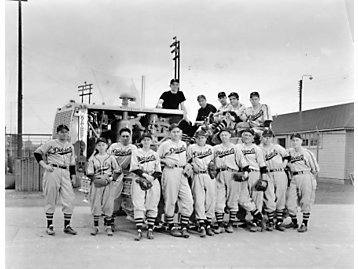