How Did Caterpillar Thrive in Past Challenging Times?

Less than five years after the C.L. Best Tractor Company and the Holt Manufacturing Company merged to form Caterpillar, the company faced incredible adversity. The Great Depression began, and that meant many companies were fighting for their survival during the worst economic conditions.

Through strong leadership and an aggressive strategy, Caterpillar was able to not only survive the Great Depression but emerged at the end of that era a changed company. Despite posting its first loss during that timeframe, Caterpillar was seen as a best-in-class company that was revolutionizing the earthmoving business. Caterpillar’s product line expanded to focus more on roadbuilding and construction rather than agriculture. 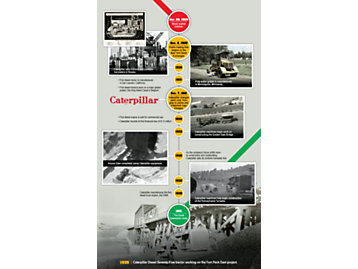