Bob Gilmore, former Caterpillar Inc. president, died Tuesday (September 22, 2020) in Peoria, Illinois, at age 100. Gilmore retired as president in 1985 and from the Board in 1993, totaling 55 years of service to Caterpillar.

“We are deeply saddened by Bob’s passing and extend our condolences to the entire Gilmore family,” said Caterpillar Chairman and CEO Jim Umpleby. “Bob’s dedication to Caterpillar began on the shop floor as a machinist apprentice and eventually took him to the boardroom. We’re forever grateful for his leadership.”

Gilmore’s legacy goes far beyond Caterpillar, serving both his country and his community. He grew up in Peoria during the Great Depression and served in World War II as a U.S. Air Force B-17 navigator, flying about 40 missions in the European theater. His philanthropy in the Peoria area has benefited thousands of people through the Gilmore Foundation, which supports charities, cultural initiatives and job creation.

Gilmore joined Caterpillar in 1938 as a machinist apprentice before enlisting in the Army Air Force in 1944. After World War II, Gilmore returned to Caterpillar and worked in the machine shop. Gilmore eventually oversaw the East Peoria KK Plant, leading 2,500 employees at that facility. He also served as the first plant manager in Grenoble, France – an international assignment that provided a firm foundation for leading a global business. Gilmore was named president of Caterpillar in December 1977. 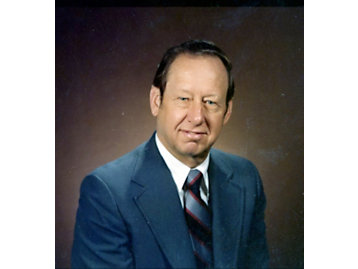 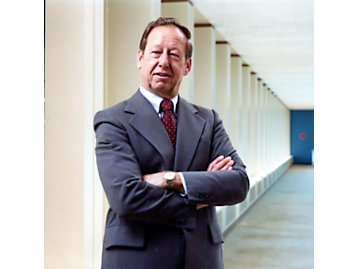