Looking Back: Introduction of the 944 Wheel Loader

The 944 Traxcavator was much different than earlier Traxcavator models as it had wheels instead of tracks. It was also equipped with twin lift arms instead of a vertical mast. The 944 was well accepted in the industry because of its rigid frames and rear wheel steering. It was powered by a four-cylinder Cat® D330 Diesel Engine. The standard bucket size was two cubic yards, which made the machine more competitive with a host of similar sized machines from other construction equipment manufacturers.

In 1960, Caterpillar added two more Traxcavator models to complement the 944. Introduction of the Traxcavators completed a program of market study, research, engineering and testing that dated back to 1953. The name of these machines was formally changed from “Traxcavators” to “Wheel Loaders” in 1965. 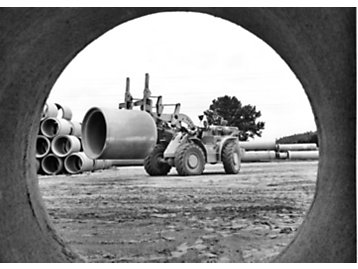