Caterpillar in the UK: Earth changers, ground breakers and the largest engineering project of the 20th century

The U.K. is one of our largest bases outside the U.S., exporting manufactured products to a wide variety of customers and countries. But, did you know that Caterpillar equipment has been sold in the United Kingdom for over 100 years?

Learn more about that and other milestones in this important region below.

A Big 1911 Sale and Holt’s Trip That Changed Everything

The Holt Manufacturing Company was the inventor of the “Caterpillar” tractor and one of the two companies that merged to form modern-day Caterpillar. The first documented sale of a Holt Caterpillar tractor to a customer in England was on March 1, 1911. The machine was either a 45 or 60 horsepower machine that was manufactured in Stockton, California and cost $4,000.

In 1912, Ben C. Holt sailed for Europe to develop the region for Caterpillar business. He visited England, France, Spain, Austria-Hungary, Romania, and Russia. He found the outlook for European sales of Caterpillar equipment was most encouraging. This led to the creation of an export office in New York City, located in the Hudson Terminal building. Holt next named Caterpillar Tractors, Ltd. of Queen St., London as its first UK dealer.

Setting Up A Service Network and Our First Overseas Subsidiary in the U.K.

Today, the company employs more than 10,000 people in the United Kingdom in 19 major facilities. Equipment made in the U.K. serve our earthmoving, aggregates, mining, construction, forestry and waste customers. Cat® and Perkins® branded diesel and gas engines power our own branded equipment as well as equipment in a wide variety of customer applications. A range of off highway transmissions are also made in the U.K. through our Turner Transmissions business. We also have a global power business in Northern Ireland. Our U.K. service offering covers industry leading equipment and parts distribution for Caterpillar and third-party businesses.

What’s ahead there? We believe our history in the United Kingdom very much reflects what’s ahead: Ground-breaking, dedicated support to our customers continued success as they, in turn, deliver positive change in the region!

Check out some of the ways our customers have impacted the region with Caterpillar.

Moving on the farm, field and battlefront

Before World War I broke out, Holt shipped 1,200 Caterpillar tractors to England, as well as France and Russia, for agricultural and earthmoving applications. Later, governments from those countries sent the tractors (over 5,000 by the end!) directly to the battlefront where they moved heavy equipment. It was the Holt Caterpillar tractor that provided members of the British army with the inspiration needed to design the tank. Colonel E. D. Swinton had seen Holt's Caterpillar tractors in action and borrowed their track-laying principle to provide the tank with its form of locomotion.

In 1953, Cat® equipment was mobilized for reconstruction work in the flood-swept regions of England around areas of the North Sea. Cat equipment, including D7 and D8 dozers, successfully worked to shore up the English sea walls. There was huge urgency to complete the job before spring tides hit. The Cat dealer cooperated with Army and civil engineers in the mobilization work to rebuild the Thames estuary.

Working at the largest engineering project of the 20th century

More than 100 Cat machines were used to build both the access terminals and the 31-mile tunnel underneath the English Channel. A portmanteau of the words "channel" and "tunnel,” the Chunnel was labeled "the largest engineering project of the 20th century." Learn more about this project.

Construction of the Chunnel, 1986 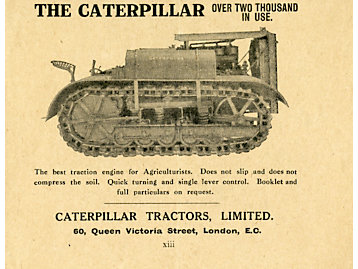 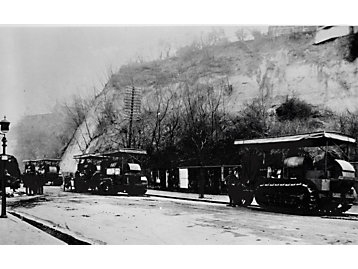 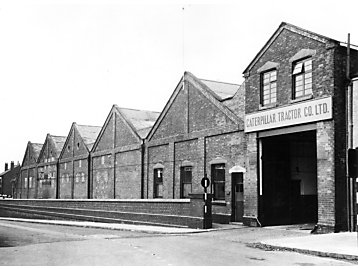 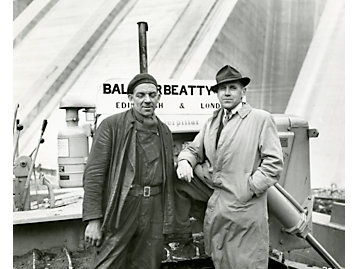 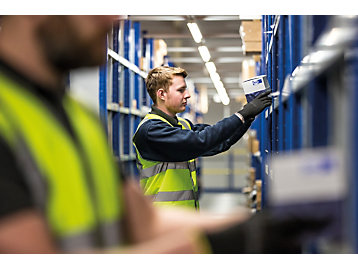 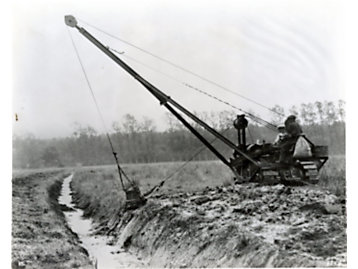 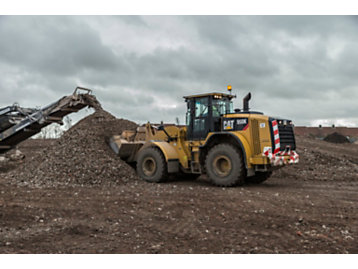 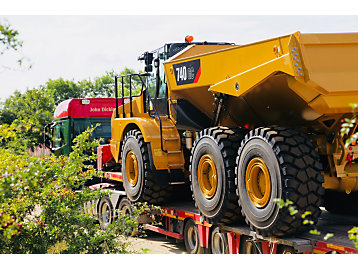 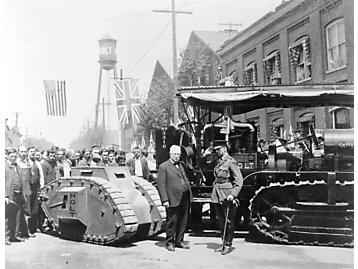 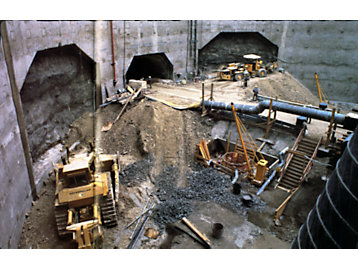