Machines being loaded on a boat at a site near the dam.

Our development team poses with the first 416.

Off-highway truck and dozer photographed at the site

G.A. Schaefer is named Chairman of the Board. 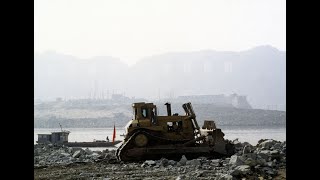 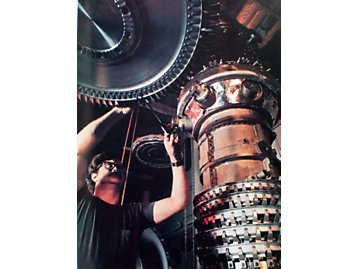 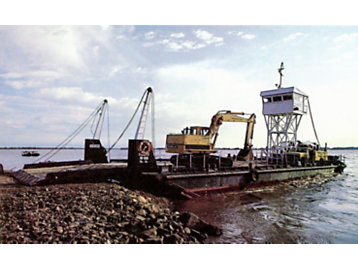 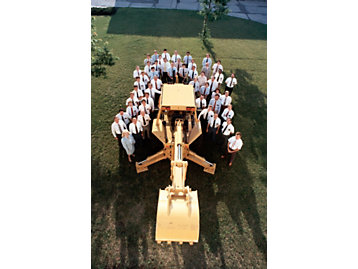 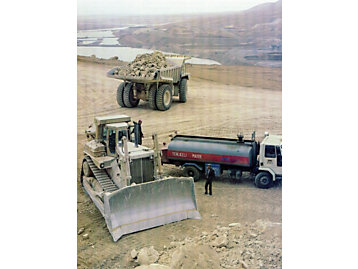 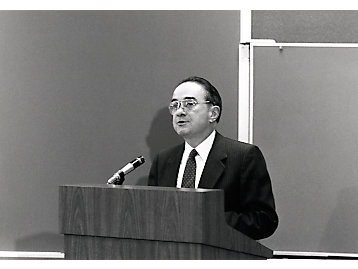 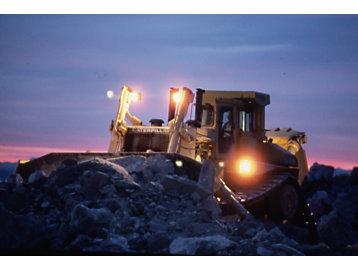 In 1981, the first production 3500 engine rolled off the assembly line in Lafayette, Indiana. The next two decades saw the Caterpillar team responding to new opportunities to support customers. We also made some exciting additions to the Caterpillar family – including Solar Turbines, FG Wilson and Varity Perkins, which is now known as Perkins Engines Company Limited.

Remarkably, these decades saw the introduction of the 3500 engine, the first backhoe loader (the 416), the D11 Track-Type Tractor, the world’s largest mechanical drive mining truck (the 797), and the first-ever line of compact construction equipment. What elements drove some of these major product introductions? Here are some highlights:

From the smallest to largest job, our customers helped their communities thrive with infrastructure projects around the world. For example, hundreds of Caterpillar machines were part of major dam construction projects such as the Yacyreta Dam in Paraguay and Argentina, the Three Gorges Dam in China and Turkey’s Ataturk Dam during these decades. 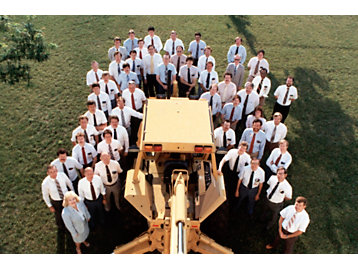 At the end of 1985, if drove past a construction or repair project in any city on any day, there was a good chance you would see a Cat® 416 Backhoe Loader on the job. This new product offered by Caterpillar was rolling off the assembly line and into the hands of eager groups of customers.

"We now have available the most versatile, value-oriented machine Caterpillar has ever built," said project manager Jim Bockhaus. "The backhoe loader will play an important role at Caterpillar as more effort is placed on meeting the needs of the emerging contractors and owner-operators."

With Jim’s guidance, the development of the 416 was swift and cost efficient, while the emphasis remained squarely on quality and improved technology. Computer-aided design and finite element analysis played an important role in the creation of the backhoe loader. It was these innovations that differentiated the process from Caterpillar’s competitors.

The engineers were challenged to develop and manufacture a quality product in a short period of time, launching a new machine in 3 ½ years. “The abbreviated time to reach introduction required a high degree of cooperation among a variety of disciplines," Bockhaus said. "A sense of urgency prevailed, and people really were committed to accomplishing their part of the plan on time. Everyone associated with the program is very excited about its future."

Reflecting on the project 25 years later Jim said, "Many Cat employees never get the opportunity to help create a brand-new product and business. It was a lot of hard work, but it was a rewarding project ...” 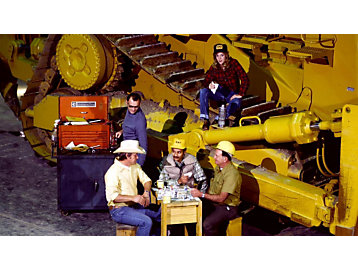 1982 – A group of Cat® dealer employees relax during their lunch break in the service shop. 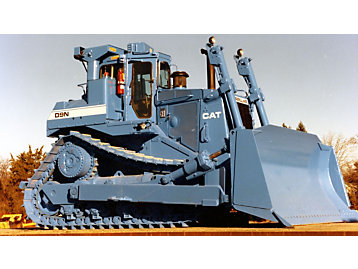 c. 1985 - We will paint them special for you upon request. This is a Cat® D9N dozer painted a lovely blue. 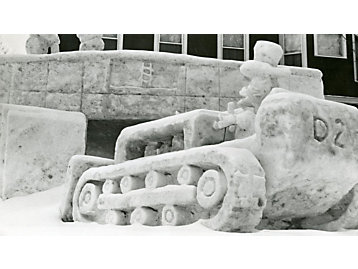