Caterpillar formed in the 1920s with a strong focus on customer support and creating products that would help get the job done. Take a look at some highlights from the decade.

The Best 30 would become the Caterpillar Thirty in 1925.

Caterpillar's first line of tractors was a mix of Best and Holt models.

C.L. Best is named Chairman of the Board.

Caterpillar's purchases Russell Grader to further its expansion into the road construction industry. 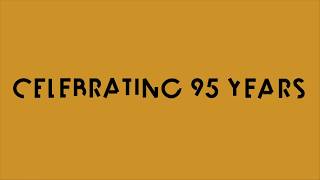 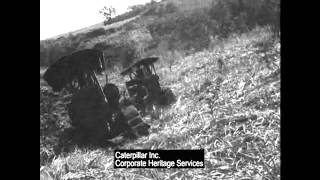 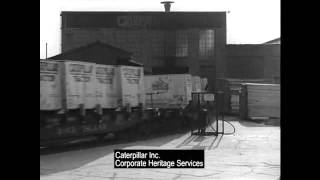 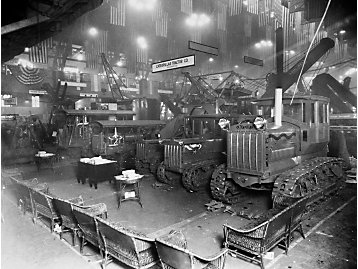 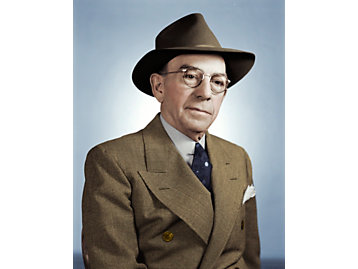 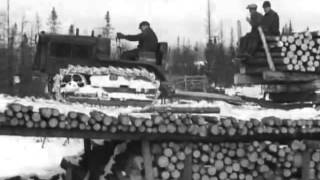 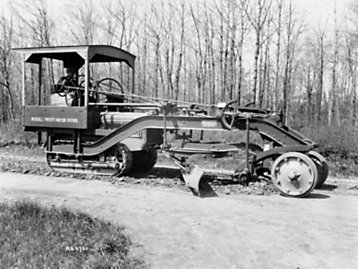 We all know that in 1925 the Holt Manufacturing Company and C. L. Best Tractor Co. merged to form the Caterpillar Tractor Co. Their early product line consisted of five tractors – including the Best 30 Track-Type Tractor that was produced just four years earlier.

An exciting five years followed the mid-decade merger. With C.L. Best at the helm as Chairman of the Board, the new company undertook it first new product design (the Model Twenty Track-Type Tractor) and an acquisition (Russell Grader Manufacturing Company). 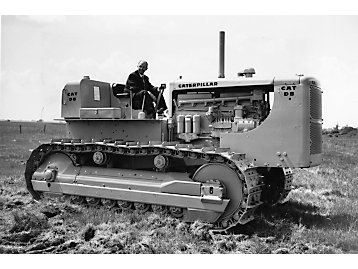 In 1927 Harmon Eberhard headed the development team for the first track-type tractor manufactured by the new Caterpillar Tractor Co.: the Caterpillar Twenty.

Eberhard grew tremendously as an employee, from a young Holt Manufacturing Company draftsman to Caterpillar’s chairman of the board. And from the day he started in 1916 until his retirement in 1966, Caterpillar's product line grew as well, from a few models of tractors to more than 170 products. Eberhard spent his life at Caterpillar, and just a few days before he retired, said that his proudest moment was when he received his 50-year service pin.

When asked about the Twenty he said, “While new technology applied to the machine added to its price, it did not add to the cost of moving earth. The machine was much more productive. The customer got the benefit of added value by getting more work and it provided greater availability, which allowed it to be used much more of the time." He also declared when developing the Twenty, “The Company placed the customer first in its consideration in the work of research and engineering.” This one of the formulas Caterpillar continues to follow today, nearly 100 years later. 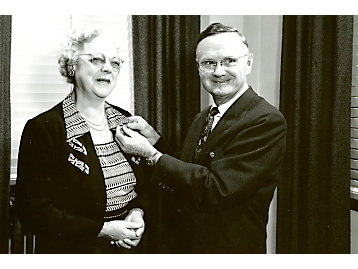 Ella Chisholm started with the Holt Manufacturing Company, one of our predecessor companies, in 1906. When Holt and Best merged to form Caterpillar in 1925, she became executive secretary to Chairman C.L. Best and CEO R.C. Force at the company’s headquarters in San Leandro, California. Company publications at the time recognized her as being the first female employee hired by the new company.

She was also known as one of the most popular and respected people at Caterpillar. She was always trying to do nice things for people, both at work and during her leisure hours, and a former employee once said of her, "Ella is liked by everyone who ever meets her, and in all these years she has never said an unkind word about anyone."

Always involved in corporate giving causes, she founded the San Leandro All-Employees Club in 1938 and served as its first president until 1943. She was also a director of the former San Leandro Caterpillar Employees' Credit Union and contributed much to its development and progress.

When she received her 45-year pin in December 1951, she was only the fourth employee ever to have reached the mark. At her retirement she was given the honorary title of “Caterpillar’s First Lady” by Caterpillar board member and former president Claude Heacock. 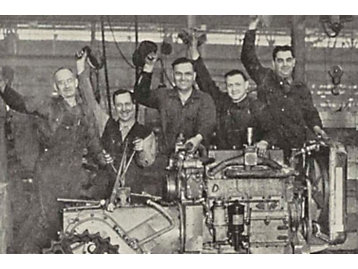 Les Apfel saw it all when it comes to Caterpillar history. He was born in March of 1896 and worked manufacturing products for both Holt and Caterpillar until the 1940s! Hear in his own words how he started worked for Holt in 1917 making .37 cents a day. Les also discusses the 1925 merger between Holt and Best and what it was like working on the assembly line for the new Caterpillar company. Apfel was there when Caterpillar manufactured its first D2 track-type tractor. 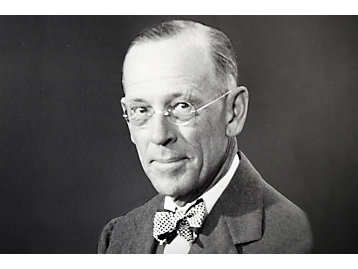 Harry Fair has been credited as the principal architect of the merger between Holt and Best to form Caterpillar in 1925. He was also on company's board of directors from 1925 until 1954, serving his last three years as Caterpillar’s chairman of the board.

What a lot of people don’t know is it was Fair’s vision that Caterpillar become a world leader in the road machinery business. Fair accomplished this by overseeing Caterpillar’s first acquisition: the Russell Grader Manufacturing Company in 1928. This acquisition allowed Caterpillar to develop a line of pull and self-propelled road machinery, including our now legendary motor graders. Without Fair’s foresight, the network of highways crisscrossing the world may have never of happened. 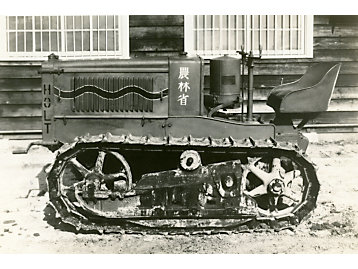 1925 - This Holt Caterpillar 2-Ton machine was sold to the Department of Agriculture & Forestry in Tokyo, Japan. 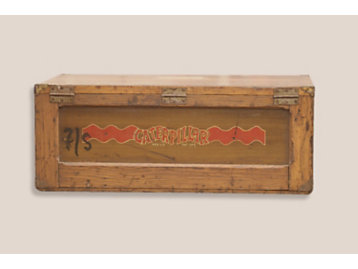 c. 1925 - Today we pride ourselves in providing 24/7 parts availability to our dealers and customers. Our dedication to reliable service to our customers is as old as the company itself. The old Caterpillar logo is still remarkably intact on this 1920s box believed to have been used to ship parts to dealers. 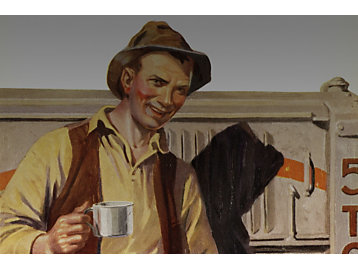 1926 - Caterpillar Magazine cover. This issue featured artwork of a Caterpillar tractor on the cover by famous illustrator Dan Sweeney. 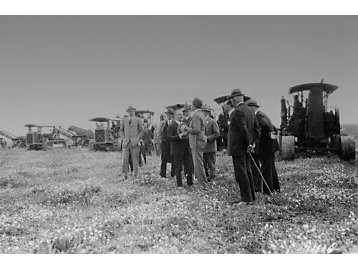 1928 - King of Spain inspecting Caterpillar Sixty Track-Type Tractors and graders at the Islas del Guadalquivar. The King is in the center wearing the bowler hat.