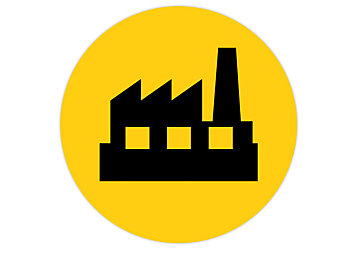 Our predecessor company, Holt Caterpillar, began connecting to customers in France in the early 1900s. Around 60 years later, we began manufacturing in France. Our past and present there is marked by customer focus, excellence and deep expertise … and these are the characteristics that we will take into the future.

Early Customers Used Our Machines in Farming and Infrastructure Construction

By the late 1920s it was reported that early Caterpillar gas powered model Ten and Twenty track-type tractors were working on sugar beet fields and vineyards across France. By 1938 Caterpillar diesel machines had made their way to the jobsite as part of the Jallans Airport construction project. Caterpillar machines would go on to support other projects across France, including the building of the Chunnel. More than 100 Cat machines were used to build the 31-mile tunnel between the French and English terminals underneath the English Channel. A portmanteau of the words "channel" and "tunnel,” the Chunnel was labeled "the largest engineering project of the 20th century."

French customer poses with his Caterpillar Ten track-type tractor in 1950.

Bergerat Monnoyeur Cat performing a service call on a jobsite in France, ca. 1960. 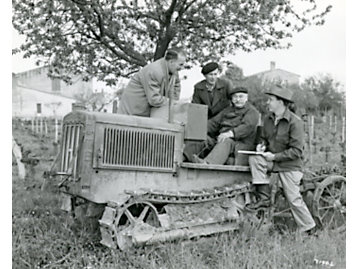 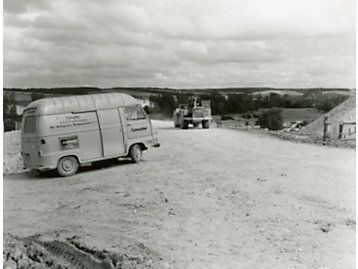 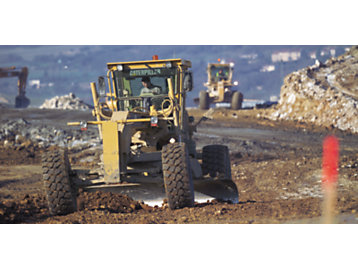 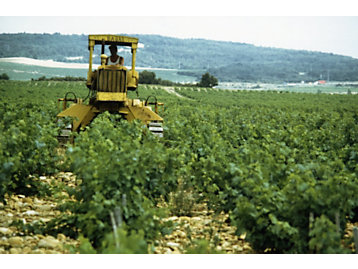 Beginning in 2003, Cat machines once again played a role in expanding France's high-speed rail network when contractors began using 450 Cat machines to construct a line from Paris to Strasbourg. Since its completion, it has significantly cut travel time between the two cities and all points in between.

Caterpillar and the Dealer Network

In 1929, about four years after Holt and Best merged to form the Caterpillar Tractor Co., Francis Monnoyeur signed a contract making Bergerat Monnoyeur the sole dealer for Caterpillar in France. Today, they are still the principal Cat dealer in France that sells, leases, and provides field service for Caterpillar’s products and services. Today, Bergerat’s also operates in Poland, Romania, Belgium, Luxembourg and Algeria.