Powering the World When It Matters Most

Caterpillar takes its commitment to powering the world seriously. From powering data centers and enabling telecommunications that keep the world connected, to supplying backup power for homes, schools, hospitals and entire cities — we’ve been providing power that communities rely on for more than 85 years.

We tend to think about electricity most during its absence, say when the power goes out during a storm. But institutions that support critical operations, such as hospitals, law enforcement offices and data centers, have no margin for error when it comes to backup power.

Lives in the balance

The Milton S. Hershey Medical Center at Pennsylvania State University is a leading teaching and research hospital located in Hershey, Pennsylvania. The combined adult/pediatric level 1 trauma center has 548 beds and sees more than 72,000 patients in the emergency room each year.

As a Solar Turbines customer, Hershey Medical Center relies on uninterrupted power for better patient care and comfort that’s both cost-effective and efficient.

When deciding which system to purchase, the Hershey Medical Center team chose a Combined Heat and Power (CHP) system powered by a Solar Taurus™ 70 gas turbine package due to Solar’s robust reputation and experience with other hospitals.

After the Solar system installation, Hershey Medical Center has a projected $2.5M savings in annual operating costs, resulting in a payback of less than eight years. In addition, the facility anticipates an annual reduction of 44,000 tons of greenhouse gas emissions — the equivalent of removing approximately 7,200 cars from the road.

And backup power is no longer a worry. Hershey Medical Center Campus Energy Engineer Kevin Kanoff explains, “The cogeneration plant has a much higher efficiency than our [previous] boiler system. It will serve as a backup for us in case of an emergency or power outage. It gives us resiliency.”

The growing role of power in healthcare

As Caterpillar generators power hospitals and service organizations across the United States and the world, power plays an increasingly critical role — supporting traditional essential functions in patient care, like emergency services, surgeries and life support. But power is also critical to the growing role of data in healthcare. Systems such as electronic health record platforms, data storage, telemedicine and mobile applications depend on reliable power.

Based in Akron, Ohio, and serving more than 1 million patients, Summa Health is one of the largest integrated healthcare delivery systems in the state. In 2017, Summa Health broke ground on a new seven-story patient tower to house a women’s health center, six operating rooms, a birthing center and neonatal intensive care unit. In addition to needing a power system for the new tower, the Summa Health facilities team also wanted to replace aging generator sets in the Akron City Hospital with modern, highly reliable units that could address growing standby power requirements. 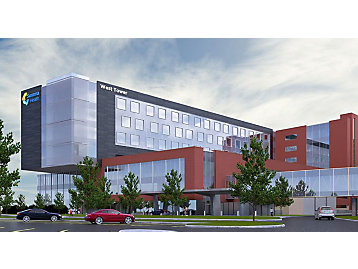 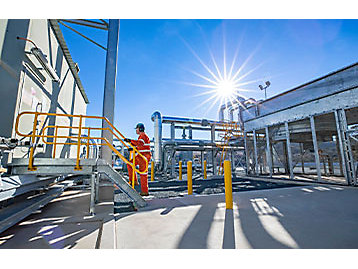 Caterpillar’s Energy & Transportation (E&T) team is comprised of a diverse group of businesses focused on the design, manufacturing, distribution and service of a full range of products and services for industries that generate power and keep the world moving. Products include Cat® brand engines, but also other well-known brands like Solar, MaK, Progress Rail, Perkins, EMD and more. Each of these reliable brands serves customers that require heavy-duty equipment to run many hours in harsh conditions without fail.

Energy & Transportation is up to the task, delivering reliable and efficient primary and back-up energy solutions to a wide variety of businesses. But the team understands that simply providing a customer with power isn’t enough. Like every corner of our company, E&T knows that Caterpillar’s business strategy begins and ends with making sure customers can be more successful using our products and solutions than any competitor’s.

Customer focus is the key to our company’s profitable growth and the foundation of our entire strategy. Nowhere is this more important than in the energy and transportation industry where power needs vary widely, regulations are often stringent and failure is not an option.