Command for Dozing to the Rescue

While many people were busy wrapping gifts, a Caterpillar mining customer had a big problem.

Their mine site in Nevada experienced a slide, and their equipment was stuck at the bottom of a pit. And it wasn’t safe for an operator to take a dozer to pull the stranded equipment out.

“If they can’t utilize those assets, they’re losing money,” said Andy Schlicksup, who was then an account manager at Caterpillar and now serves as a new product introduction program manager.

Caterpillar and Cat® dealer Cashman had a solution that wasn’t yet commercially available. That solution used Caterpillar’s flagship product – the track-type tractor – with one modification.

There would be no one in the seat.

Instead, the operator would be equipped with a console that could remotely operate a dozer.

In just a few days, the remote outfit was shipped from Caterpillar’s proving grounds in Arizona to the customer’s site in Nevada. They used that borrowed, remotely controlled dozer to safely recover all of their equipment in the pit. And then the customer was able to get back to work.

Those were the early days of Command for Dozing, and just one example of what this powerful solution can do to a jobsite.

“The reverse back up camera – that was sort of cool. Then they put the lines on (the display) where it makes you feel more comfortable. Now they have it where you hit a button, take your hands off the wheel, and the car parks itself for you,” he says.

That’s kind of like the progression of offerings Command for Dozing has gone through over time, all in the name of safety and productivity. First, Caterpillar introduced a remote control option, which morphed into other add-ons such as stations where you can operate machines through a touch-screen and see the equipment operating. Now, there’s even an option where the operator has no line of sight to the dozers and uses cameras for feedback.

“There’s a lot of feel that goes into operating a dozer – it’s that feel from sitting in the seat,” Winschel said. “You have to account for that being absent.”

Caterpillar conducted studies and collected customer feedback to make Command for Dozing easy to use. A platform allows operators to easily switch between dozers and to manage multiple machines without becoming overwhelmed by the mental workload.

Today, the next level of Command is here. One operator can now oversee three semi-autonomous D11s – Caterpillar’s largest dozers. In the research phase, the system has moved roughly 24 million yards of material in 25,000 hours of operation. Two more mine sites will likely use the semi-autonomous setup next year.

“You’ll have some customers out there on the bleeding edge,” Winschel said. “You’ll have customers who will see the vision for this type of stuff and they’re going to be figuring out how to take advantage of this technology as much as possible.”

So what’s next? Santa’s sleigh isn’t exactly a tractor, but Santa could give his reindeer a rest and take advantage of Caterpillar’s semi-autonomous technology.

That would be another Christmas miracle.

Command for Dozing in action 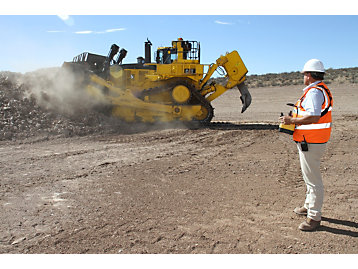 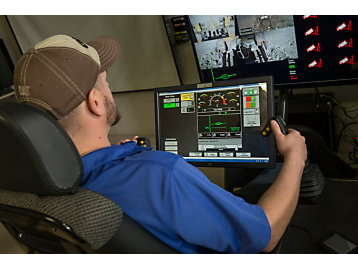 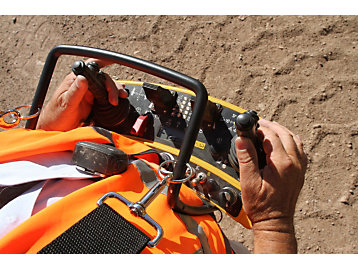