What do Caterpillar, the World Series and this year’s teams have in common? They curiously have all had major milestones at the same time.

The Chicago Cubs and Cleveland Indians have had long droughts between World Series wins – 176 years combined in fact.

Think about this: When the first World Series was played in 1903, Caterpillar wasn’t even Caterpillar yet. Our predecessor company, Holt Manufacturing, was making steam tractors back then.

Of the two teams participating in this year’s Fall Classic, the Indians have the edge on being the most recent champion. That came back in 1948, or the same year Caterpillar first introduced hydraulic controls.

So forget about the goat, Bartman and the Cleveland sports curse. The Cavs even won a title this year, and maybe someday the Browns (and Bears) will find their quarterback. All of that’s to say, one of these teams is winning a title this year, something that their respective cities and their fans at Caterpillar can be proud of.

By 1903, The Holt Manufacturing Company, one of Caterpillar's predecessor companies, manufactured over 88 steam tractors. 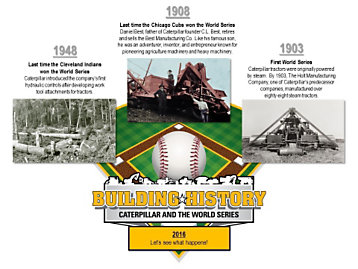 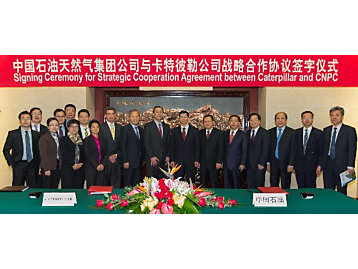 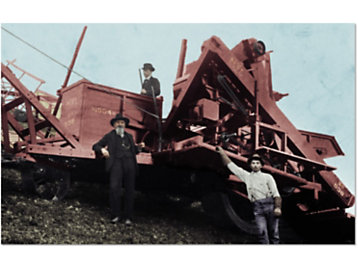 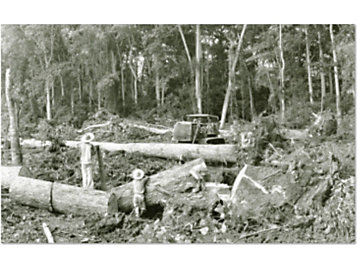