In March, Solar Turbines was recognized by the San Diego Association of Governments (SANDAG) iCommute Program with a 2013 Diamond Award for our efforts to encourage commuting and alternative transportation choices for employees. The SANDAG iCommute Awards Program recognizes organizations and individuals who make outstanding contributions to reducing traffic congestion and greenhouse gases in the San Diego region. Winners are chosen based on their commitment to helping people get to work or school without adding traffic to roads and freeways. This is accomplished by promoting alternatives to driving alone, including vanpooling, carpooling, walking, biking, taking transit, telecommuting, incentives and subsidies, and various other programs. Solar was recognized as one out of 16 recipients with a “Program Excellence Award”for providing free transit passes, subsidized vanpools, special carpool and vanpool options, and bike parking.

Solar also recently received its 2012 Certificate of Avoided Greenhouse Gas Emissions from the United States Environmental Protection Agency (EPA) Combined Heat and Power (CHP) Partnership. The certificate recognizes Solar’s commitment to reducing the amount of greenhouse gas in the atmosphere. According to the EPA CHP Partnership, in 2012 it is estimated that Solar’s 108 CHP projects avoided approximately 26,200,000 metric tons of carbon dioxide when compared to conventional energy sources.

In addition, Solar was recognized by the City of San Diego as one of the 2013 Recyclers of the Year, as part of the City’s Waste Reduction and Recycling Awards Program. Solar utilizes a number of programs to reuse materials and reduce waste in landfills, such as recycling scrap metal, reusing synthetic machine coolant, and reclaiming machine oils. In 2012, Solar recycled more than one million gallons of wastewater into a cooling tower to avoid purchasing additional water from the City of San Diego. Solar’s Harbor Drive and Kearny Mesa facilities recycle at a high level, achieving a consistent rate of 90 percent of all materials recycled. 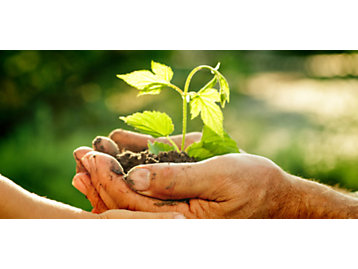