Celebrations began on Friday, August 16, which was a non-production day for the facility. An all employee meeting was held and included a presentation by General Manager Robert Droogleever who provided a history of Caterpillar at this site. Robert also shared his farewell message to employees followed by BCP Vice President Mary Bell introducing Silvana Godelaine as the new General Manager.

The all employee meeting was followed by an Open Day on Saturday, August 17.The Open Day included a number of exciting activities such as product demonstrations, facility tours, live music and an appearance from a few members of the Leicester Tigers, 10-time English rugby champions.

Caterpillar has a long history of operations in Desford and established its first major facility outside the United States more than 60 years ago in the UK. Today, the company employs more than 10,000 people in 20 major facilities. The UK is one of the largest bases for Caterpillar outside the US, and our UK businesses export a significant proportion of their manufactured products to a wide variety of customers and markets. 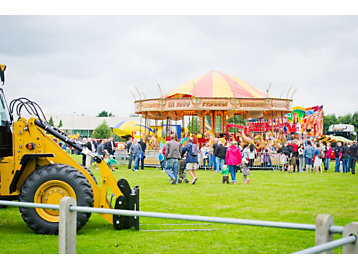