Business Roundtable (BRT) highlighted Caterpillar in its 2013 sustainability report, "Create, Grow, Sustain: How Companies Are Doing Well by Doing Good," which was released April 22, Earth Day. Now in its sixth year, the report details how Caterpillar, and other U.S. companies, are developing innovative products that improve quality of life and build a more sustainable world, while driving economic growth and generating employment opportunities.

BRT is an association of chief executive officers of leading U.S. companies with more than $7.3 trillion in annual revenues and nearly 16 million employees. BRT member companies comprise nearly a third of the total value of the U.S. stock market and invest more than $150 billion annually in research and development — equal to 61 percent of U.S. private research and development spending. BRT companies pay $182 billion in dividends to shareholders and generate nearly $500 billion in sales for small and medium-sized businesses annually. BRT companies also give more than $9 billion a year in combined charitable contributions.

See the full report and see a video featuring Caterpillar Chairman and CEO Doug Oberhelman speak about sustainability at Caterpillar. 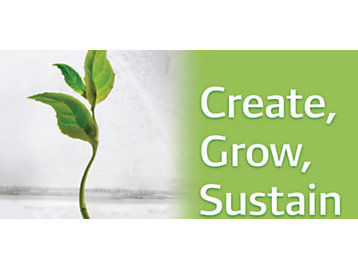