Before the NBA came to prominence, there was the Caterpillar Diesels/Peoria Cats -- one of the most dominant teams in the National Industrial Basketball League (NIBL). Peoria was on top of the basketball world in the 1950s and these men, who built our yellow iron by day, were some of the world’s greatest basketball players by night.

One of the most significant milestones in the team’s history was when five members of the Diesels and Warren Womble, the Diesels’ head coach, won the right to represent the United States of America in basketball at the 1952 Helsinki Olympics. In 1952, the Caterpillar Diesels won the Amateur Athletic Union (AAU) championship. By winning the AAU championship, the Diesels went on to compete in the Olympic basketball team playoffs at Madison Square Garden in New York City, N.Y.

At the Olympic playoffs, the Caterpillar Diesels defeated the University of Kansas with the score of 62-60. As a result, Warren Womble was selected to be the head coach of the U.S. Olympic basketball team and could choose seven members to comprise the U.S. Olympic team. He chose five members of the Caterpillar Diesels (Frank McCabe, Ron Bontemps, Dan Pippen, Marc Freiberger and Howie Williams) and also chose two members of the Phillips 66 Oilers (Bob Kurland and Wayne Glasgow) out of respect to their rival team and the NIBL. Phog Allen, legendary basketball coach who is often referred to as the “Father of Basketball Coaching,” was the head coach of the University of Kansas and was chosen as assistant coach of the U.S. Olympic team and would report to Womble.

In 1952, basketball appeared in only its third Olympics as a team sport and Helsinki was also the final Olympics not to be televised. In Helsinki, the U.S. basketball team was the only undefeated team after the first six games. The U.S. played Argentina in the first game of the final round, winning 85-76. The U.S. was matched in the finals against the Russian team. This was a monumental occasion as it was at the height of the Cold War and was also the first Olympics that Russia fielded a basketball team. The U.S. defeated the Russians 36-25, winning the gold medal.

The Caterpillar Visitors Center will be opening an exhibit showcasing the history of the Caterpillar Diesels/Peoria Cats basketball team, including winning their Olympic title, on March 8. The exhibit showcases Frank McCabe’s Olympic gold medal and U.S. Olympic jersey as well as other game-worn jerseys, players’ personal memorabilia, photographs, game footage and more – all of which hasn't been seen by the general public until now. During the exhibit, commemorative postcards will be available while supplies last.

Watch McCabe recount his gold medal memories and representing Caterpillar at the 1952 Olympics.

The Diesels parade through East Peoria

The U.S. in action against the Soviet Union. 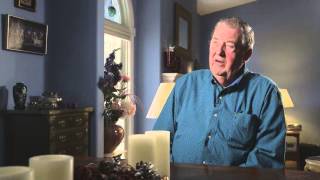