Caterpillar Brasil Recognized Among Best Companies to Work For in Brazil

This year, GPTW evaluated people management practices of 1,095 companies, which employ a total of two million collaborators, choosing the best among them. Caterpillar Brasil was chosen in third place in the category of Large Corporations, which includes companies with more than 1,000 employees.The award was determined based on HR practices and an employee survey, which 700 employees were selected to participate. According to the institute, the main reason for Caterpillar Brasil’s third place achievement is the company’s intense and constant focus on building an excellent work environment, strongly directed toward practicing values, promoting respect and collaboration between people, building professional development and generating pride for what they help build. In addition, the investments in safety, health and quality of life for its employees and their families help position Caterpillar among the best companies to work for. 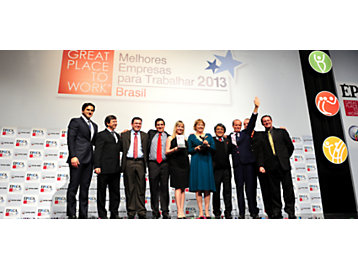