Caterpillar Brasil is celebrating 60 years in Brazil in 2014. To celebrate, more than 500 guests gathered at the Sala São Paulo, in the city of São Paulo. Among those attending were Brazil and Latin American customers, suppliers, Cat® dealers, and municipal, state and federal authorities.

During the event Odair Renosto, president of Caterpillar Brasil, remarked that everything the company has accomplished in Brazil reflects Caterpillar’s deep roots in the country.

“These years of hard work gradually earned the trust of the most diversified and demanding markets in the world. Today, our products ‘Made in Brazil’ are exported to over 120 countries. Caterpillar is the 19th largest Brazilian exporter and the third largest exporter in the State of São Paulo," added Renosto.

“We are a part of the foundation of this amazing country,” Oberhelman said. “We have been honored to be your partner – supporting Brazil’s growth, and the growth of Latin America.”

In addition, Caterpillar Brasil is ranked first in the industrial segment.

"Receiving these awards from an institute that is among the most respected in the world in the recognition and development of excellent work environments is an honor for Caterpillar Brasil,” said Renosto. “It’s important to Caterpillar that we deliver on our commitments to three audiences: customers, shareholders and employees. We’re successful in all three of these areas, but we’re especially proud to be recognized for creating a caring working environment, generating career opportunities and being a place where people want to come to work."

Oberhelman with employees in Campo Largo. 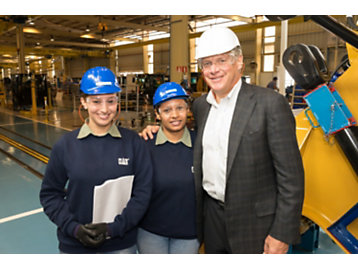 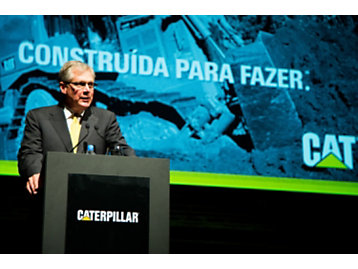 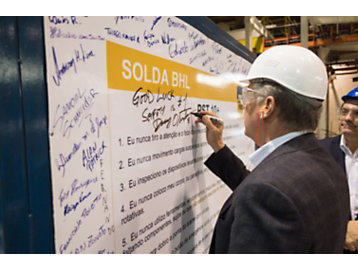 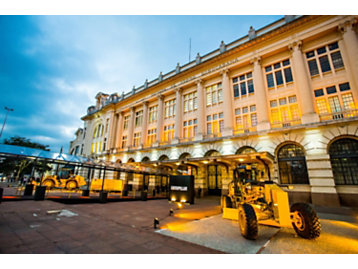