When Chris Heitzmann first laid eyes in 2011 on what would become the state-of-the-art Caterpillar Victoria, Texas, excavator facility, the building itself was virtually nothing more than four walls surrounded by dirt and gravel. No electricity. No running water. And certainly, no office furniture. But there was excitement in the air and the promise of what it would soon become.

It was the fourth facility startup for Heitzmann, who now serves as factory manager but was tasked in those early days with growing the workforce from that initial, close-knit group of a few dozen team members to a fully staffed workforce of 450-plus within 2.5 years.

South Texans who came in to interview already had a great impression of Caterpillar as a global manufacturing leader, and of Cat® products as the best on the market.

Flash forward a little more than six years later: Recently, Victoria gathered its workforce to commemorate the 10,000th excavator to roll off its assembly line. RKB20594 is bound for a customer on the East Coast.

Team Victoria pictured with the 10 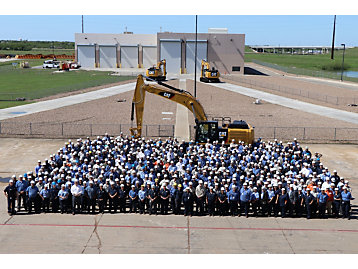 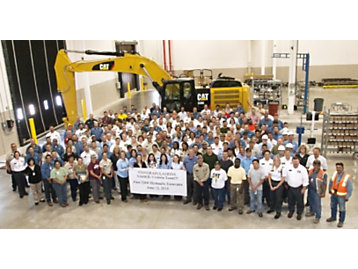