A Slam Dunk for Bauma China

It’s been an exciting week in Shanghai for the Caterpillar team. With over 30 machines as well as work tools, engines and product support capabilities on display, we have an impressive presentation at bauma China – China’s largest trade show in the construction machinery industry.

“We are excited to bring an array of machines and capabilities to bauma China 2018,” said Tom Pellette, group president for Construction Industries. “The exhibit illustrates Caterpillar’s new strategy, which includes expanded product offerings and enhanced services to better address customer needs. We are here to help customers ‘do the work’ more effectively, efficiently, safely and sustainably.”

Want to see the products for yourself? Check out the video from the show.

BUILDING CHINESE BASKETBALL TO NEW HEIGHTS. LET’S DO THE WORK.

We also announced that Caterpillar has become an official sponsor of the Chinese men's basketball professional league (referred to as the “CBA League") for 2018-2019 season. You don’t want to miss this video of the signing ceremony. Yao Ming, Chairman of CBA and Caterpillar Vice President Qihua Chen, officially signed the contract, and then Ming truly sealed the contract with a slam dunk on a hoop attached to a Cat excavator.

“Caterpillar’s support for the hard work of building a better world fits with the spirit of the CBA and its fans,” said Qihua Chen. “We look forward to promoting this value and inspiring our people, our customers and the public, as the brand accompanies the CBA League across China.” 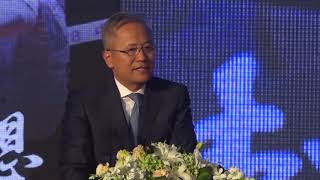 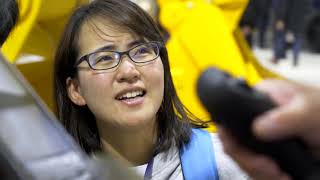 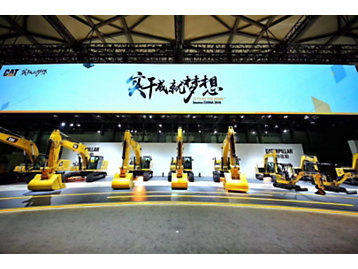