It is estimated that 15% of the world’s population is without electricity, and two billion people wanting access to power by 2040. Those are striking numbers on a global scale, and represent tremendous opportunity for Caterpillar’s Electric Power Division (EPD): making reliable power a reality where it is not readily available today. It is a unique organization – with three brands – serving and supporting a variety of customers, from data centers, mining, industrial facilities, utilities, banking, and hospitals.

Jason Kaiser knows the business well, having spent most of his Caterpillar career in EPD. Last year, Kaiser became vice president of the division. In this Getting To Know You video, Kaiser talks about how time spent with his dad doing electrical work influenced his career path years later, and preparing him to influence others in his new leadership role. 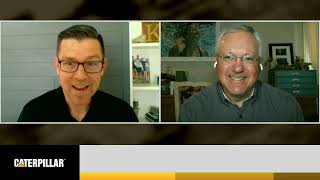