Picture this: It was the early 2000s, and New York City was getting buried by a raging blizzard. And a small group of Caterpillar employees was making their way across Times Square through knee-deep snow. They were headed to the New York Toy Fair – an event that draws top model makers from around the world. Caterpillar was there to showcase our line of scale model machine replicas.

The intricately detailed diecast models are often confused with toys. However, several factors set them apart – from how they are produced and used to the rave fan-following they evoke among Caterpillar enthusiasts. According to Gary Affolter from Diecast Masters, a licensed manufacturer of Cat scale models for more than 5 years, a scale model is a high-quality diecast replica of real Cat® machinery. They are made-to-measure smaller scales with exacting details and features taken from actual machine files provided by Caterpillar to its licensed scale model manufacturer.

“They replicate everything on a real Cat machine – right from the cab interiors, grab bars and rails to metal tracks or real rubber tires and articulated/moving parts wherever appropriate,” explains Gary. 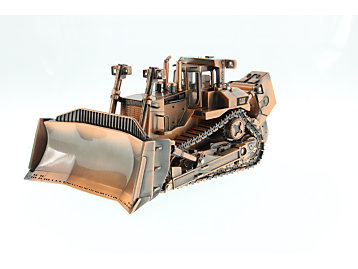 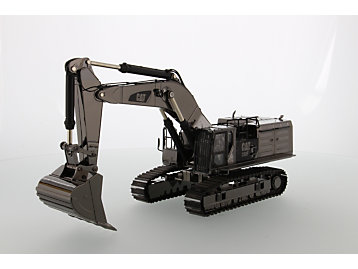 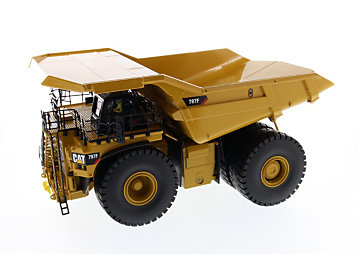 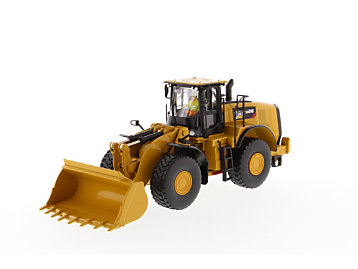 Even though Caterpillar has been commissioning scale models of its machines since the late 60s, it wasn’t until the late 90s that it really picked up steam. In 1998, 18 diecast scale models were produced, with the now-retired Challenger 95 agricultural tractor being the first-ever Cat scale model to hit the market. By 2010, the number of scale models had grown to over 100. Today, there are more than 200 different Cat scale models ranging from dozers, excavators, wheel loaders to trucks and motor graders.

Since Caterpillar doesn’t produce its scale models directly, the licensed manufacturer is subject to a stringent approval process, including reviews with individual Caterpillar business units during development and approvals from the Caterpillar Retail Business Development team.

“Although the Cat scale model program operates at a lower production volume, the goal is to promote the Cat brand and presence in various channels and markets,” says Gary.

The Scale for Special

If the intent behind the Cat scale model program is to promote the Cat brand, it’s working! As giveaways at tradeshows, tokens of appreciation for Caterpillar stakeholders, or products sold to collectors and hobbyists around the world, scale models offer a piece of Caterpillar that people can hold close. On the flip side, the models help the company commemorate milestones in its nearly century-old legacy.

“From time to time, we produce singular offerings to mark machine anniversaries or special events,” says Gary, adding that recently they produced a black and gray version of the D6 XE Electric Drive Dozer to celebrate the production milestone of 175,000 medium high drive dozers.

Other special editions include a black finish version of the Cat 420F2IT Backhoe Loader, made to mark 30 years of the backhoe loader; a black finish 18M3 Motor Grader; a copper D11T Dozer; a matte silver D11T Dozer; a gunmetal finish edition of 390F L Hydraulic Excavator; and copper finish editions of the 994K Wheel Loader and the 797F Mining Truck.

So, what are the most popular scale models? According to Diecast Masters, the number-one selling category is the excavators, followed closely by dozers, trucks, and finally wheel loaders. Gary thinks their popularity has a lot to do with how recognizable these models are. “These are the machines people most often see around them – on roadsides, at construction sites, and in everyday applications.”

What’s in it for Our Customers

While it’s easy to pinpoint how Cat scale models benefit the business, it’s not so tangible when it comes to how they benefit the people who own them. Besides using them to build their own collection of the iconic yellow iron, people use scale models to express themselves creatively. For instance, several scale model enthusiasts create elaborate models of spaces and environments for their scale models to “operate” within.

They post pictures of their creations on dedicated social media pages and forums to find and build their own communities. Others post detailed unboxing videos and reviews of their latest acquisitions on video sharing platforms. There are several websites/forums where people answer questions, share the latest news, and support each other with helpful resources on scale models.

In other words, Cat scale models aren’t mere showpieces. Instead, they are symbols of the thought that went into their life-size counterparts and an acknowledgment of the creative spark within their owners. 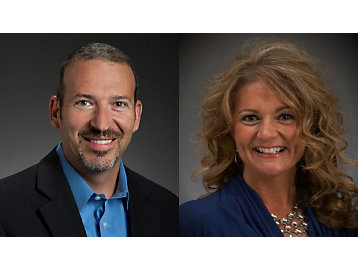 The Cat brand has been around for nearly a century now - but it wasn't until the late eighties that we started formalizing our licensing business. This interview, published on Brands Untapped, features Kenny Beaupre and Lesley Godby from Marketing & Brand and they talk about Caterpillar's successful foray into consumer products.