Over sixty years ago, we opened our facility in Akashi, Japan. The facility was built to manufacture construction equipment for Japan and around the world. Just one year after the Akashi facility opened, the company began production on the Y-35 – Japan’s first domestically manufactured hydraulic excavator.

“In Akashi, we are proud to develop and manufacture one of Caterpillar’s iconic products – the excavator,” said Nobumi Toyoura, Akashi General Manager. “Throughout our 60 years, we have created a strong legacy of expertise in our people and a strong supply chain that enables us to provide our customers with the best quality products that help them succeed in their businesses.”

Since the facility opened 60 years ago, employees have manufactured about 473,000 excavators. In 2017, the facility began a new chapter in the Akashi history by introducing the Next Generation Hydraulic Excavator (NGH), which transcends previous models in every way, including technology, work efficiency, fuel economy, maintenance costs and safety. The breakthrough features of the NGH are highly valued by Caterpillar’s customers. This accomplishment was made possible by the deep expertise built up over 60 years in Akashi, along with the dedication of the company’s employees who to want to continuously create better products to help its customers succeed.

“I am incredibly proud of what our team in Akashi has accomplished in 60 years,” said Tom Frake, Caterpillar Excavation Vice President. “Our team designs and manufactures excavators that help our customers build a better world. Every employee has played an important role in the success of this facility and our company.”

Caterpillar’s Akashi facility has also contributed to the community over the last 60 years. Most recently, Akashi launched the STEM Awards for Women to foster future engineers in 2018 in collaborations with Hyogo Prefecture, Kobe City, Civil Engineering Society and JETRO. These awards highlight women in high school, college, graduate students and young engineers.

“We are pleased that Caterpillar has Hyogo Prefecture as an important base in Japan,” said Norihisa Mizuguchi, Director General, International Division of Hyogo Prefecture. “We have been promoting the active participation of women, such as the establishment of the Hyogo / Kansai Caterpillar STEM Award. We would like to continue to build a win-win cooperation system for further regional development.” 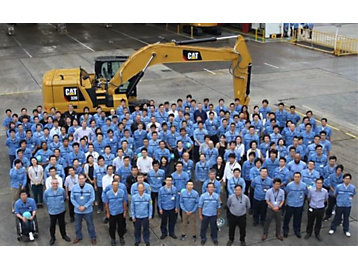 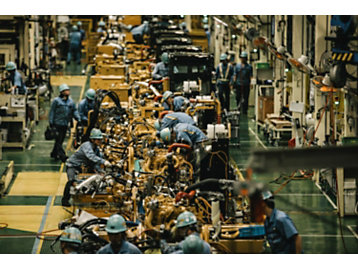 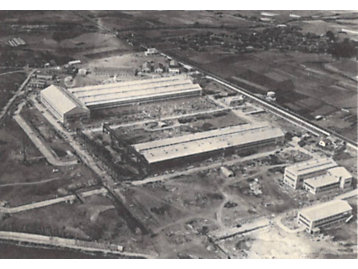 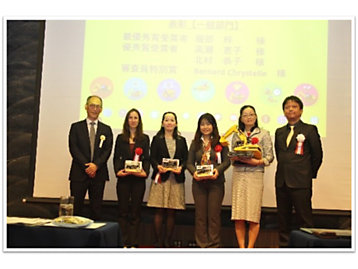