Long joined Caterpillar in 2004 as an attorney in the legal department.  She has served in a number of senior corporate attorney positions and was named Associate General Counsel in 2011.  In 2013, Long assumed the position of Deputy General Counsel for the Legal Services Division, and in that role led the EHS, Product Regulatory and Investigations group.  In 2015, Long assumed the position of Deputy General Counsel leading the legal support for Caterpillar’s Energy & Transportation business.  In February 2017, Long became Interim Executive Vice President, Law and Public Policy and Corporate Secretary.  She assumed her current role and Corporate Secretary in August 2017.  In December 2020, Nikki Puza in Long’s organization was elected by the Board to Corporate Secretary.

Prior to joining Caterpillar, Long was an attorney with Gallagher & Kennedy in Phoenix, Arizona.

Long has bachelor's and law degrees from Arizona State University and a master’s degree from the University of Arizona.  She has completed Caterpillar's Executive Leadership Program through Stanford's Graduate School of Business. 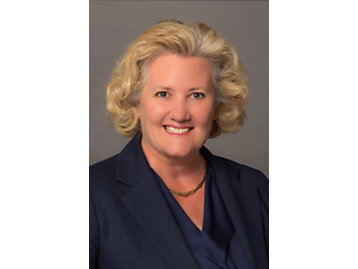