Chen joined Caterpillar in 1994 as deputy general manager for Caterpillar (Xuzhou) Ltd. (CXL). Since then he has held a range of manufacturing and operations positions with increasing responsibility in China. He also worked at Caterpillar's Technical Center in Mossville, Ill., from 1999 through 2003. Chen led the integration of Shandong Engineering Machinery, a wholly owned Chinese wheel loader manufacturer acquired by Caterpillar in 2005 and then became the general manager for CXL in 2007. In 2012, the Caterpillar Board of Directors named Chen vice president with responsibility for China Operations Division.

Chen, a native of Jiangsu, P.R.C., has over 35 years of experience in the China construction machinery industry. Chen graduated with a bachelor's degree in welding engineering from Shandong University.  He has a master's degree in business administration from the China Europe International Business School (CEIBS) and completed the Stanford University Executive Program. 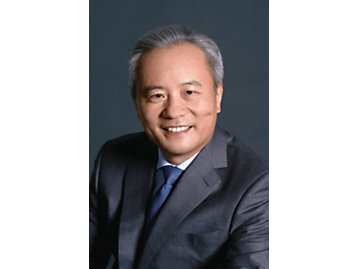