Karl Weiss is a vice president of Caterpillar Inc. with responsibility for the Integrated Components and Solutions Division and Chief Technology Officer.

Since joining Caterpillar in 1988, he has had various assignments within product development at Caterpillar’s Decatur, Joliet, and Aurora facilities, primarily focused on large machine structural design. Weiss subsequently transferred to Geneva, Switzerland, with Caterpillar Global Mining as an Equipment Management Consultant serving mining customers and dealers in Europe and Africa. He then became the Large Wheel Loader New Product Introduction Manager in Aurora, Ill. He and his family then moved to Beijing, China, for four years where Weiss served as the Wheel Loader Product Manager for the Asia Pacific Region. In that role he managed the integration of Shandong Engineering Machinery (SEM) as Caterpillar’s entry into the China Wheel Loader market. Weiss served as the worldwide product manager for Medium Wheel Loaders in Aurora. In 2013, the Caterpillar Board of Directors named Weiss vice president of the Earthmoving Division. He was then named vice president of Material Handling & Underground in August of 2017 and vice president of the Innovation & Technology Development Division and Chief Technology Officer in May of 2019.

Weiss, a native of Hagerstown, Indiana, graduated from Purdue University in 1992 with a Bachelor of Science degree in agricultural engineering. He received a MBA from Northern Illinois University in 1999. 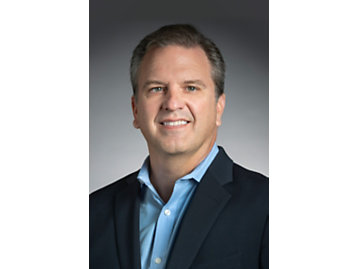