Jason Conklin is vice president of Caterpillar Inc. with responsibility for Global Construction & Infrastructure (GCI). In this position, he oversees worldwide sales, service, and marketing for the Earthmoving, Excavation, and Load & Haul machinery groups.

Prior to being appointed vice president of Global Construction & Infrastructure in January 2019, Conklin was the North American Sales and Service Manager for GCI in charge of the North American field team, Corporate Accounts, Product Marketing and Governmental Sales.

Conklin joined Caterpillar in 1999 as a Marketing Trainee to become the first-ever pre-field rep for skid steer loaders in Sanford, NC. Since then, he has held multiple sales, product and dealer development positions including industry sales manager for Building Construction Products Division in 2012. In 2015, Conklin moved to Europe as product manager in the Earthmoving Division before returning to the U.S. as North American Sales and Service Manager for GCI in 2018. He is currently based in Geneva, Switzerland where he is on the board of Caterpillar SARL (CSARL).

Conklin grew up in rural Illinois and holds a bachelor’s degree in Business Administration from the University of Illinois. 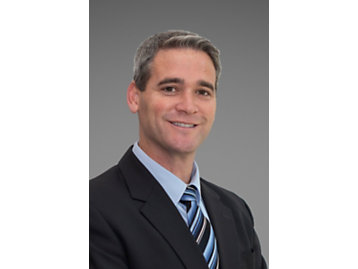