DeWayne does not fit the stereotypical mold of a Native American. While embracing his heritage, he met challenges given his fair complexion.

“It is difficult to represent a culture that I don’t look like I should be a part of,” he said.

“Going back to school is an example of one of the Chickasaw’s core values — perseverance,” he said. “We will never quit; we have a warrior tradition.”

He says Caterpillar’s core values are like those of the Chickasaw tribe, which includes integrity and teamwork.

“Having these values instilled in me growing up made it easier to be a Caterpillar employee,” he said. 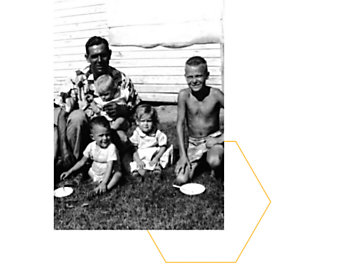