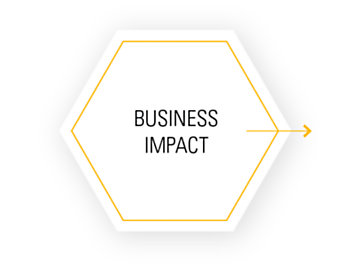 With the broadest, most diversified set of product and service offerings in our history, Caterpillar is establishing its leadership in every market and geographic region we serve. Spanning more than 200 countries worldwide, we recognize the global and increasingly diverse business arena and consistently strive to reflect that environment in our business practices. More specifically, we believe our collaboration with our diverse dealers, customers and suppliers helps us uncover new sources of insights and talent to spark ideas and inform decision making.

“Our global diverse team and supply network helps Caterpillar fulfill its long-standing commitment to producing world-class products and services to those we serve. We continually build strong supplier partnerships that align with Caterpillar’s diversity strategy to deliver on our promise to help our customers build a better world.” 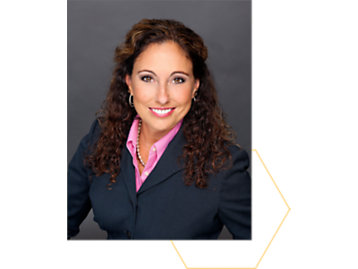 The Power of STEM: Fueling the Future of Manufacturing
& Service Tech Careers 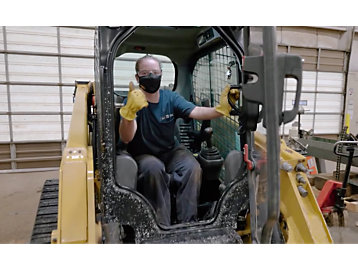 Since Harlee was a young girl, her father was always tinkering and fixing things — a habit picked up by her older brother, and Harlee too. “Of course, me being the little sister I wanted to be like my big brother, always doing hands on work, always turning wrenches and handing him tools,” Harlee said. It took a few years, but that dream came true.

Today, Harlee is two years into the technician apprenticeship program at Cat dealer Carter Machinery. She’s also proud to be the first female technician in that shop. As a service technician, Harlee is starting a profession that is high in demand — in high tech jobs — and has high potential for a future career. It is a role that has a strong STEM connection, as Harlee will tell you that math and science are important to her daily work.

“You need to know how many quarts to a gallon or how much load a bucket can handle on a wheel loader,” Harlee said. “What additives do you need to put in the axles to make them last longer to do their job better?" 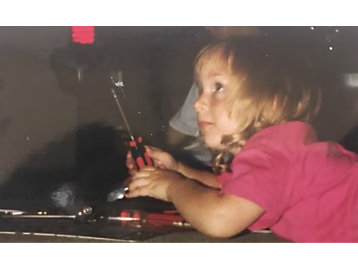 "Just because it may have been boring in school or you weren’t good at it, that doesn’t mean you can’t have this career.”

The future of the manufacturing industry is heavily dependent upon today’s STEM education. This is one of the many reasons Caterpillar believes in strengthening STEM education programs and the STEM pipeline, including the need for the next generation of technicians to work at one of the 161 Cat dealer locations around the world. 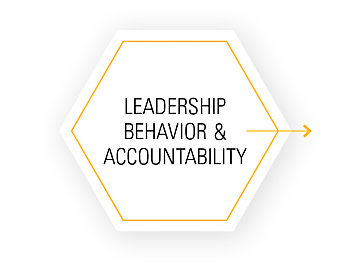 Caterpillar’s leadership is committed to doing the work that furthers our D&I journey and ensures it remains an integral part of our culture.

Executives are visibly and actively engaged in leading initiatives that strengthen our leadership pipeline with a rich mix of team members that represent the global communities where we live and work. We have increased our focus on understanding our long-term hiring needs, identifying and developing skills, and doing robust succession planning – all with a keen lens on diversity to adapt to the ever-evolving talent landscape.

Our people leaders promote and continually work to ensure an inclusive culture, built on the foundation of our Values in Action and guided by our leadership attributes. They model accountability for inclusion by sponsoring and supporting our employee resource groups, implementing training programs, deploying new engagement strategies and spearheading local initiatives in underrepresented communities.

Inclusion is a journey, not a destination, and we are committed to continually improve and demonstrate progress.

The Power of Everyone

Our company leaders are actively working to develop their own D&I acumen and join the D&I discussion externally to progress our company’s journey and learn from colleagues. Recently, Karl Weiss, a vice president of Caterpillar Inc. with responsibility for the Integrated Components and Solutions Division and Chief Technology Officer, spoke at a MINExpo panel.

“We believe having a diverse workforce is important in our efforts to help our customers succeed,” he said. “Why? A diverse workforce ensures diversity of thought and an environment where employees feel like their ideas to improve the business will be heard. A diverse workforce also promotes dynamic discussions, where not everyone agrees with an approach and through debate we arrive at an even stronger solution.”

Earlier this year, 15 Construction Industries (CI) participants from around the world participated in a six-month program aimed at accelerating development and increasing visibility for diverse talent at lower levels in the organization. Participants were able to get outside their location and function and learn a different part of the business, working with peers from around the world. At the end of the program, participants shared their recommendations with CI leaders, who found the participants’ recommendations from the project useful and are considering how to put them into action.

In 2020, Caterpillar launched the Emerging Markets Emerging Leaders program, sponsored by Group Presidents to develop in region future leaders and equip them with the right tools, network and capabilities to lead in an emerging market environment. Hundreds of professionals from more than 30 nationalities — including Africa, the Middle East and India — have participated in the program so far. 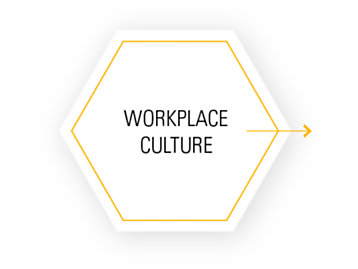 The people of Caterpillar are a team of makers, innovators and doers. Our culture of inclusion provides an environment where ideas are heard and input is celebrated. We value each employee’s unique experiences and provide opportunities for them to learn, connect and grow inside and outside our walls.

According to the World Health Organization, 5% of the world’s population lives with hearing loss, impacting quality of life and, sometimes, options for employment. To increase inclusion and belonging, Caterpillar’s Brazil team recently focused on improving the resources and tools needed to communicate with employees who are deaf or hearing-impaired.

These tools include in-person and online sign language interpreters, video subtitles, sign language courses and transparent face shield masks during the pandemic to allow visual lip reading. In addition, they ensured the processes were clearly outlined in writing for manufacturing procedures and safety tools and created ways for all employees to submit improvement ideas.

“Not every company provides this accessible and differentiated service. I am grateful for the additional resources and happy that they are helping me improve every day. That is why Caterpillar is one of the best companies to work for in Brazil,” Paula, a deaf Caterpillar Brazil employee said. 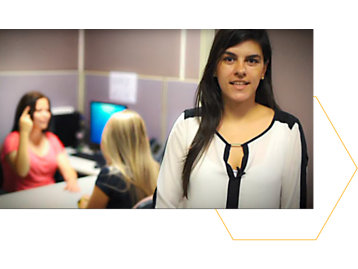 While the processes and technology were designed to help employees who are deaf, the exposure to different communication tools like interpreters and sign language courses helped employees without hearing loss become more aware of others.

Creating a welcoming workplace strengthens Caterpillar’s reputation as an inclusive company and is just one of the many reasons Caterpillar has been named one of the best companies to work for in Brazil.

Jenny is Reaching Her Career Goals and Giving Back in Return

Nearly three decades ago, Jenny found herself in front of Caterpillar’s booth at a local career fair. She did not know anything about Caterpillar but needed a job that would challenge her.

Motivated by how Caterpillar encourages employees to be continuous learners, Jenny joined the team as an administrative assistant and became the first local Shanghai Diesel Joint Venture employee in the technical and operations department. Inspired by mentors, she set out to learn all parts of the business and develop strong business acumen. Jenny credits self-directed learning, on-the-job experiences and formal classroom learning for advancing her career.

In 2013, Jenny became the first female district manager in China. As a female leader in a key role, she was inspired to help other women at Caterpillar break barriers in their careers. In partnership with seven other female leaders, Jenny helped form a club focused on giving back by mentoring female employees.

The annual event attracts about 100 participants each year and focuses on leadership. Participants include both women and men as allies to drive the changes necessary for women to succeed in leadership roles.

Jenny is passionate about paving the way for women in predominantly male fields. Her advice is to take risks, be openminded and adopt a continuous learning mindset. Mentoring has significantly impacted Jenny’s career, and she values the lessons she has learned from mentors the most. She’s come a long way from her first role as an administrative assistant to managing a district office and credits the learning opportunities throughout her career as the key to her success. 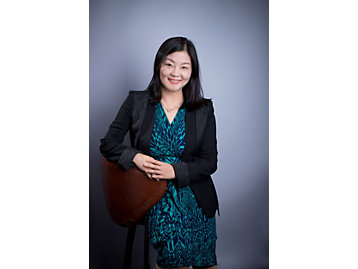 The Caterpillar Lambda Network employee resource group offers courses for all employees to learn about the ways they can make a difference in diversity and inclusion efforts related to LGBTIQ+ employees. Participants in these courses have learned different perspectives and tools to become effective champions of LGBTIQ+ inclusion at Caterpillar and be a part of the safe space initiative to foster that inclusion. 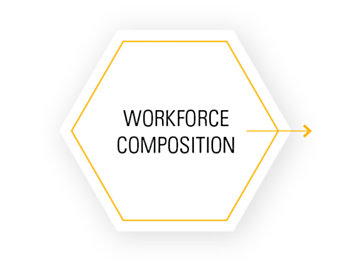 It takes thousands of people with different expertise, backgrounds and experiences to imagine, design, build and deliver Caterpillar’s broad product portfolio. It takes thousands of others to understand and meet the needs of our customers and our communities. We are making deliberate efforts to have employee representation that reflects the make-up of the communities where we live and work. 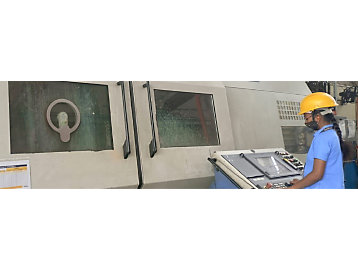 Caterpillar’s state-of-the-art facility in Thiruvallur, India, produces important products used in construction and mining around the world, including off-highway trucks, hydraulic excavators, backhoe loaders and skid steer loaders. The team there takes great pride in the steps they take to drive inclusion. Last year they led an effort to examine the ergonomic conditions for women on the factory floor.

Their study found that some machines needed ergonomic accommodations to eliminate safety risks when operated by women. By making a number of simple, gender-inclusive changes to how machines were run, the team increased safety metrics and produced more defect-free components. The new approach required investment in training, and the Thiruvallur factory is proud to host its first all-women machinist cell on the machine shop floor.

Ongoing Partnership for People with Disabilities

In 2020, Caterpillar joined a coalition of dozens of major corporations committed to upskilling, hiring and promoting one million Black Americans over the next 10 years into family-sustaining jobs with opportunities for advancement. The coalition formed OneTen, an organization whose goal is to make meaningful, measurable and lasting impact on racial and economic justice. In 2021, we more than doubled our commitment in terms of hiring and promoting Black talent.