For Victoria Ayiku, Caterpillar was not always part of the plan. After beginning her career as an Air Force pilot in Ghana, she came to the United States to fly helicopters. Once in the US, Ayiku began studying at Purdue University which resulted in her receiving a degree in mechatronics engineering.

It was during a Society of Women Engineer’s (SWE) conference in 2003 that Caterpillar became a prospective potential employer. Caterpillar was raffling off a pair of boots, where your entry ticket was a copy of your resume. Ayiku says that she knew of Caterpillar previously because of the popularity of their apparel in Africa.

Her desire for a new pair of shoes is what ultimately drove Ayiku to submit her resume to the Caterpillar team.  She had never interviewed for a job before but was asked to complete one on the spot. What started with a raffle ticket led to an offer for an internship with the service training group – which ultimately resulted in a full-time job offer.

Since then, she’s worked in a variety of different areas including the factory space, offices, and even on site with dealers; however, no matter which role she was in, she says that she always encourages open dialogue within her teams.

“When I had ideas, my team knew they could tell me anything, even if it was to tell me the idea was no good. It’s hard to hear but it gives you a minute to go back and look at your work.”

She encouraged this open communication through a variety of ways, but it always came down to really understanding the people she’s working alongside. She says it was important for her to learn how to actively listen before she could motivate and engage her team.

Today, Ayiku currently works as a Manager at the Learning Center in Peoria, IL. Her goal was to was develop strategies that would have a global impact – and with the help of her team she is fulfilling that goal today.

“The people I work with – we don’t just have a working relationship; these people are my friends. We are more like a family.”

Ayiku has extended her involvement with Caterpillar beyond her job description. Soon after starting her career, she joined the Caterpillar African American Network (CAAN).– She says she saw joining the group as a chance to meet more people. And today, she considers many of her group members lifelong friends.

“I’ve built relationships over the years with many who have influenced me and provide me with career advice,” says Ayiku, “I love the sense of community and having that support system around me.”

At Caterpillar, we respect the unique talents, experiences and viewpoints of all of our employees. Different perspectives help us achieve our best work and enable our company to make positive changes in the communities where we live and work. Ready to build what matters? Search and apply today! 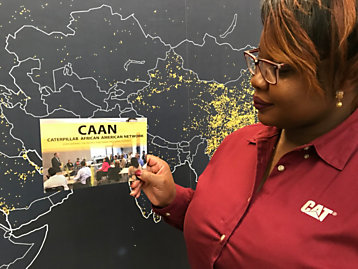 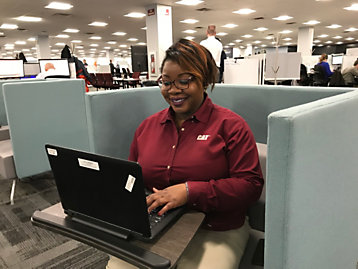 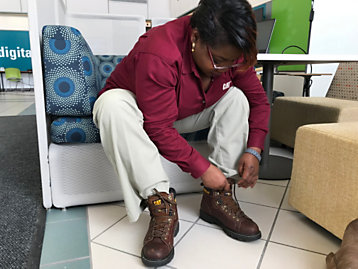