The Caterpillar Seguin team rounded out 2020 by hosting a mega food distribution event that fed over 950 families in need. This is the second time the facility hosted this event for the New Braunfels Food Bank this year. Earlier in 2020, the facility welcomed over 700 families in need, who received two weeks of food supplies.

“We take very seriously our responsibility to the local community,” said Mark Stratton, IPSD Large Engines General Manager. “We recognize this is an unprecedented time of need in the area and around the globe.”

This event took a significant amount of work from planning to execution, including collaboration between Caterpillar, the New Braunfels Food Bank, Guadalupe Regional Medical Center, and local law enforcement.

The magnitude of impact that this event had on the Seguin community made the hard work pay off.

Space and Volunteers to Feed the Need

After the distribution in early 2020, the New Braunfels Food Bank was eager to host another distribution event at Caterpillar Seguin. With its large footprint, the facility offers more than enough space to accommodate over 950 families in need of food.  In addition to hosting, Caterpillar employees and their families made up the majority of the more than 90 volunteers who executed this critical event.

“We are committed to building diesel engines,” said Mark. “We’re also committed to being good corporate citizens and good members of our community.” Caterpillar is proud to support the communities where we live and work. Learn more about how we help build a better world. 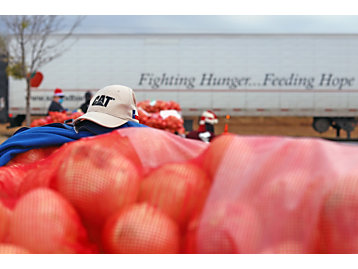 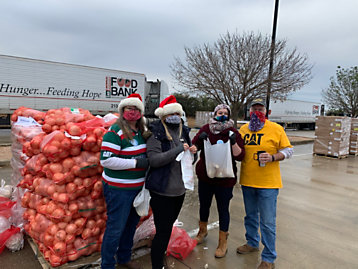 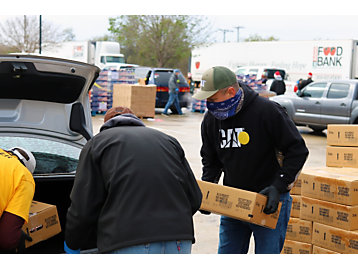