The quality of work being done around the world from Team Caterpillar is what ultimately sets our products and services apart from the rest. This hard work and commitment to quality is what put Jacqueline Madsen’s name on the finalist list for the Women in Industry – Excellence in Mining Award.

Australia-based Technical Training Consultant, Jacqueline Madsen, specializes in the Cat MineStar Command for Hauling application, which she compares to a “computer game” type platform that allows customers to remotely operate mining vehicles, some nearly a thousand miles away. Jacqueline’s time is spent at each of her customers’ mine sites, which she says all operate differently and offer her the fresh perspective needed to identify new ways to enhance each customer’s interaction with the MineStar system. In fact, it was through this onsite customer support that Jacqueline and her team figured out how to effectively use the existing capabilities in the system to allow trucks to take themselves in for fuel when they needed it. In doing so, she helped a customer save upwards of $1 million in truck hours, which meant the trucks could be used more effectively elsewhere, earning money instead of being unproductive while waiting for fuel. It was Jacqueline’s work on this project, along with mental health initiatives and environmental projects, that resulted in her nomination for the Women in Industry- Excellence in Mining award.

Jacqueline shares that she is “humbled” to have been among the other nominees in the running for this prestigious recognition. However, Jacqueline’s true passion for her work doesn’t come from the awards and recognition, but rather a passion for efficiency, and the exciting possibilities that await engineers in the world of autonomy. She says, “Engineers are great at looking for ways to make things better. In an environment like autonomy, there is endless room for outside the box thinking, and real opportunities to make a big difference.”

With a background in electrical engineering and project management, Jacqueline joined the enterprise very much new to autonomy. Through the support of her team, including the peer who nominated her for this award, Jacqueline learned a powerful lesson: “Don’t be limited by what you think is out there for you. I never pictured I would be a specialist in automation. It’s a long way from my background, but amazing things come from seeking out new opportunities and following your passions.”

As a young child, Jacqueline remembers playing with remote controlled cars and compares the memory to her role supporting and training mining customers. Only now, the toy cars have been replaced with massive 300-tonnes mining trucks and the remote control is replaced with Cat MineStar Command system. Congratulations on a job well done, Jacqueline. If you’re ready to join the team that builds a better world, search and apply today. 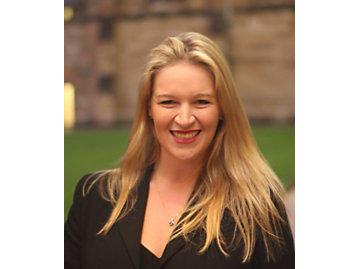 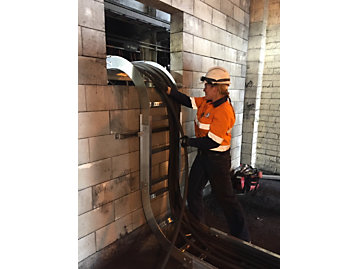