Following in his Family’s Footsteps

Jason Miller had help when deciding what his career move would be. He came to the Caterpillar family after receiving influence from family of his own.

The apple didn’t fall too far from the tree when Jason Miller chose to start his career with Caterpillar. Jason began as a machinist nearly fifteen years ago, progressing his way to a team lead, which prepared him for his current position as Section Manager. So why did Jason choose a career with Caterpillar? His primary influence came from his grandmother, who was also once a Caterpillar employee.

“My grandma raised six children on her own and spent 1.5 hours driving to work each way to build some of the greatest equipment in the United States,” said Miller. "She was a big influence for me when deciding to come work at Caterpillar.”

Miller says even after all his time with the company, he still gets excited to come to work every day, and that is in large part because of the tradition.

Jason is prideful in the hard work his team puts in regularly to turn around quality products for our customers, he says the phrase, “Let’s Do the Work” defines what his team does every day in order to get the job done.

“The people on my team are the heart and soul of manufacturing. From painters, to machinists, to welders, they really make Caterpillar what it is."

Working at Caterpillar is a journey according to Miller, who says his career path is a perfect example of that journey.

Want to start your own journey? Search and apply for jobs today! 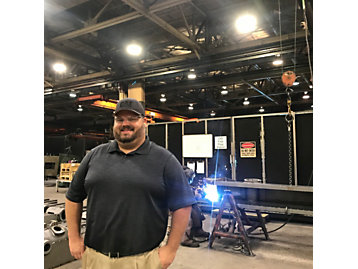 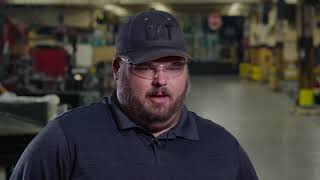 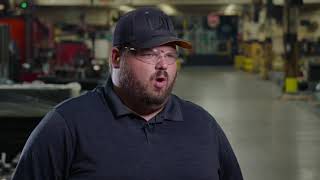