Nearly three decades ago, Jenny Z found herself in front of Caterpillar’s booth at a local career fair. She didn’t know anything about Caterpillar but was seeking a job that would challenge her.

Motivated by how Caterpillar encourages employees to be continuous learners, Jenny joined the team as an administrative assistant. Inspired by mentors, she set out to learn all parts of the company and develop strong business acumen. Jenny also credits self-directed learning, on-the-job experiences and formal classroom learning with advancing her career.

In 2013, Jenny became the first female district manager in China. As a leader she was inspired to help other women break barriers in their careers. In partnership with seven other leaders, Jenny helped form the “Iron Rose Club” to give back by mentoring female employees.

Jenny is passionate about paving the way for women in predominantly male fields. Her advice is to take risks, be open-minded, and adopt a continuous learning mindset. She values the lessons she learned from mentors the most.

When you join Team Caterpillar, you will be challenged to grow and develop. 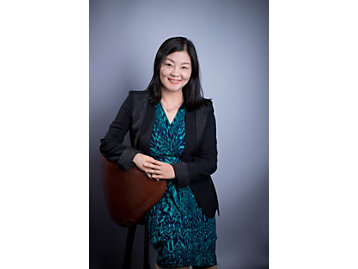