Growing a Career as a Cat Dealer Technician

After graduating high school nearly ten years ago, Kheldon Stapley wasn’t certain what his next step would be. Taking a year to weigh his options, he ultimately settled on enlisting in the United States Marine Corp, where he served as an aviation ground support equipment technician for four years. After four years of service, Kheldon opted to further his education by enrolling in an Advanced Diesel program, as well as a Motorsports Chassis Fabrication program. He graduated with honors and landed a job with a major brand specializing in on-highway trucks. With his career still in its infancy, Kheldon longed for more challenging work.

“I applied to several different places within the Salt Lake Valley. Several interviews later, I accepted a job offer with Cat® Dealer Wheeler Machinery Co. Their focus on safety stood out to me the most, and it showed that they value their employees.”

Working for Wheeler has provided Kheldon the opportunity to engage in a variety of projects – from engine work on crushers, to rebuilding industrial engines from the 1970’s – and it’s rarely the same thing twice.

“This job has exposed me to different things I would never have expected I’d work on.  All these jobs require the ability to be both electrically and mechanically proficient. Top that with the industry changes and advances in technology you need to be quick and adaptable so you can remain engaged in the task at hand,” he said.

Kheldon says while his career at Wheeler is still young, he foresees a long and fruitful tenure with the company.  “The best part of where I work is the opportunity for growth. Other employees have held several different positions and titles throughout the company. From manager to mechanic, the amount of hats that some co-workers have worn is impressive. It’s really shown just how much Wheeler has to offer for people willing to work.”

So why does Kheldon get excited to work on Cat equipment day in and day out?

“In my eyes, Caterpillar as a whole is synonymous with building. When most folks think about construction, they immediately associate Cat equipment with what they envision, even if it’s not a Cat machine they see. That legacy helps build a better world through proven quality.”

Are you interested in joining the team and helping build what matters? 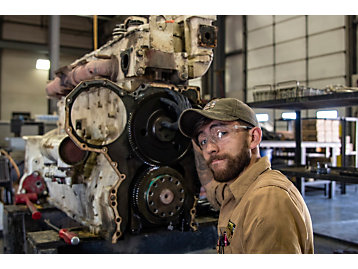 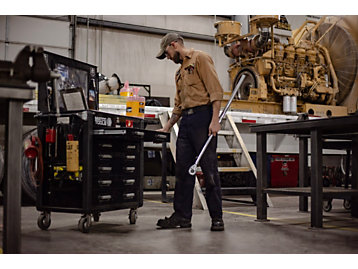