Over many decades, Caterpillar's yellow iron has been at the center stage – contributing to some of history’s greatest ideas while helping our customers build a better world.

The following video illustrates just how the work we do has a positive impact on the world.

This is your legacy. And, when you see Caterpillar products out in the world, you are seeing our future being built before your very eyes. We make history every day on the biggest projects around the world and in tiny projects that build our local communities. Your work matters. 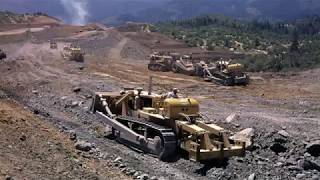